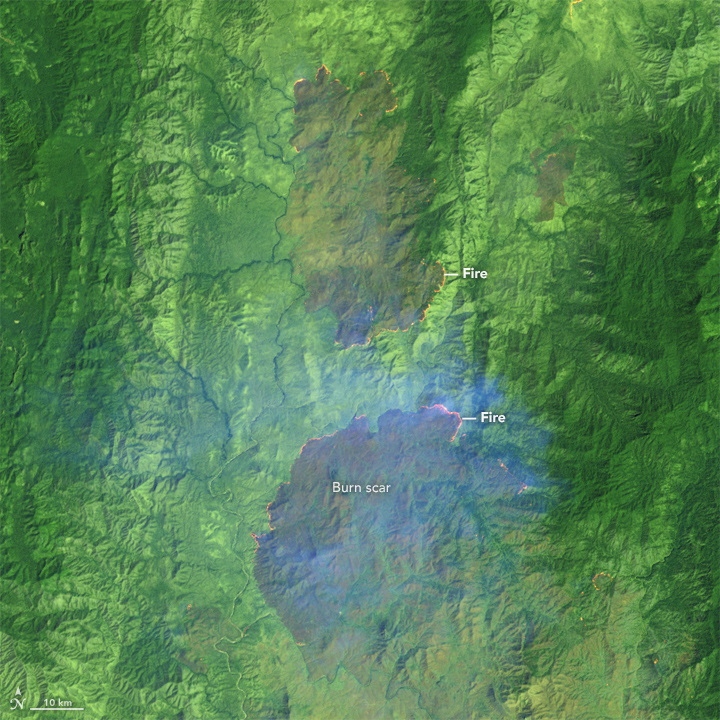 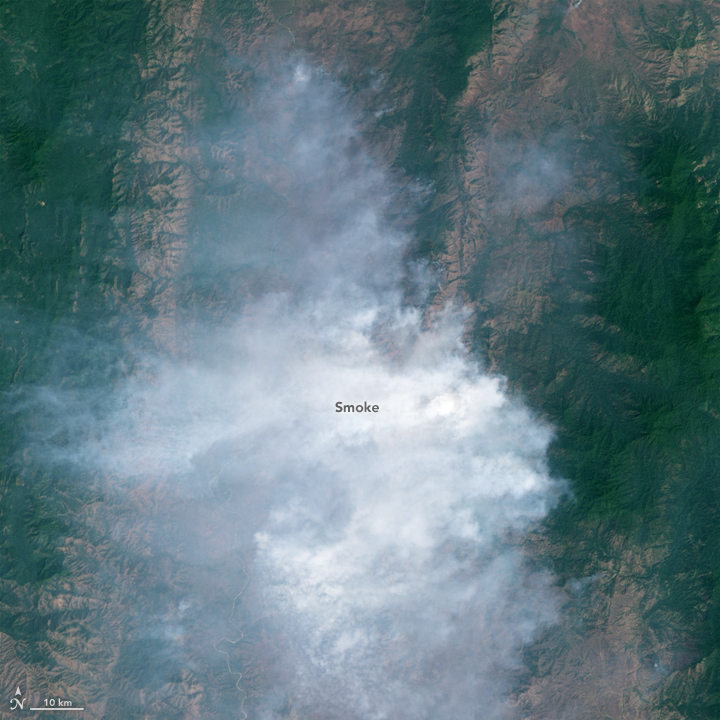 Fire and Smoke in a Thai Wildlife Sanctuary

Smoke from fires burning in Thailand was visible March 1, 2016, in an image from the Moderate Resolution Imaging Spectroradiometer (MODIS) on NASA’s Terra satellite. Some of those fires burned within the Huai Kha Khaeng Wildlife Sanctuary and in Khao Yai National Park.

On March 2, 2016, Landsat 8 passed over the Huai Kha Khaeng Wildlife Sanctuary and captured these more detailed images the area. The top image is false color, made with a combination of visible (red) and infrared light (bands 7, 6, and 4). This combination allows the active fires and freshly burned land to stand out; fires glow orange, and newly burned land is rusty brown. The blue haze across much of the area is smoke. The bottom image shows the same scene in natural color, which is dominated by smoke.