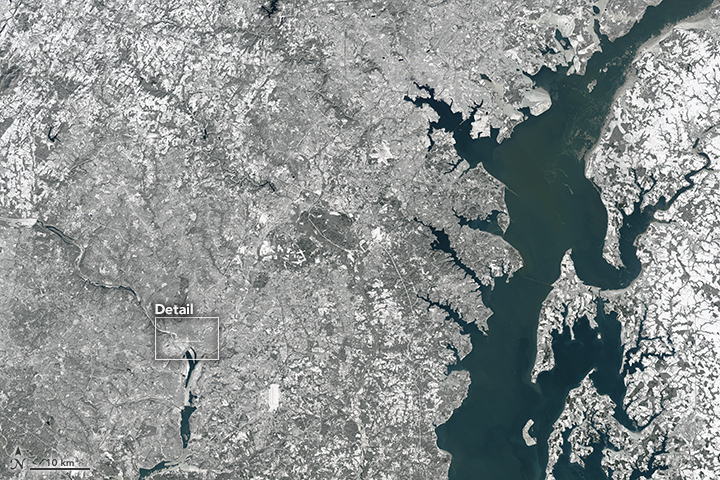 A Capital Covered in Snow

The Operational Land Imager (OLI) on Landsat 8 captured this natural-color image of Virginia, Maryland, and Washington, D.C. on January 24, 2016. Most neighborhoods in the image received at least 18 to 24 inches (46 to 61 centimeters) of snowfall from the nor'easter that pounded the region from January 22 to 24. The image below is a closeup of Washington drawn from the larger image. 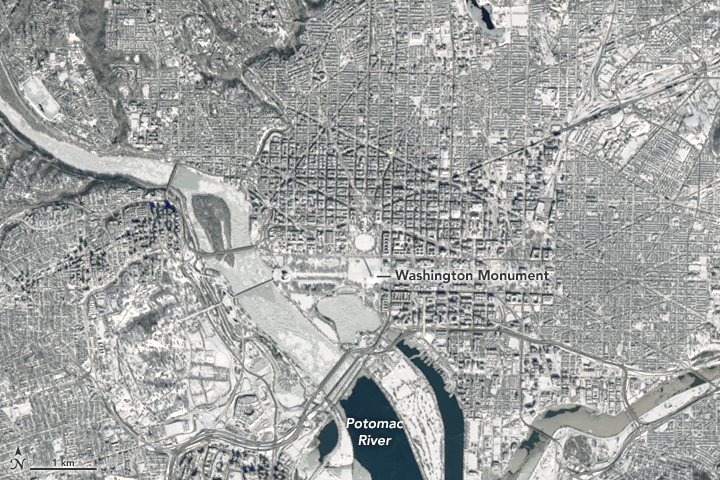