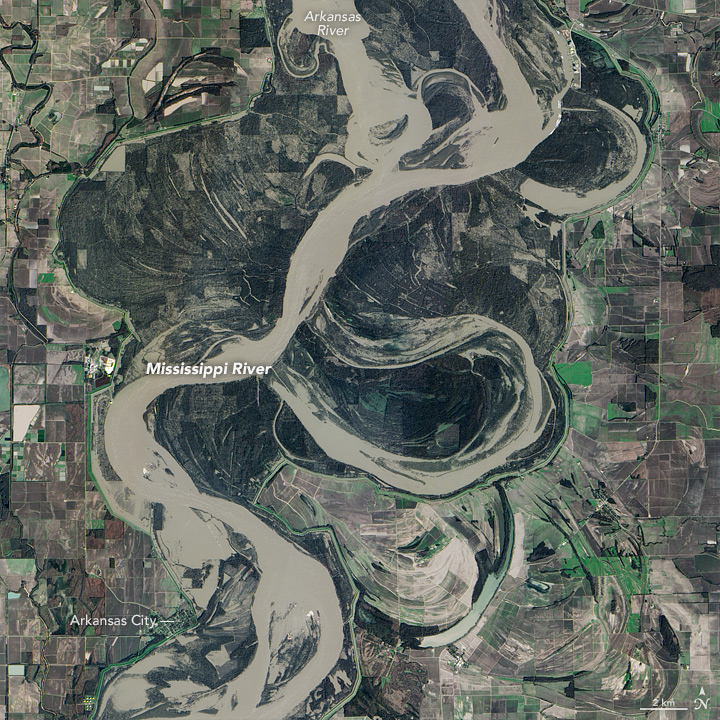 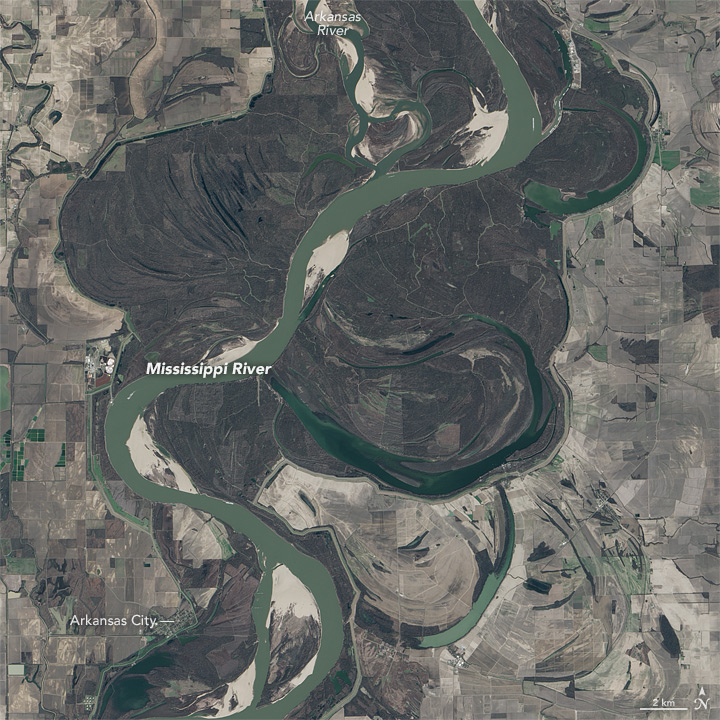 Flooding in Arkansas and Mississippi

In December 2015, torrential rains in parts of Missouri and Illinois led to severe flooding along the Mississippi River. The pulse of water that began in the river’s northern reaches eventually flowed all the way to Louisiana and the Gulf of Mexico. The area between those two areas also saw river levels rise; the images above show flooding that occurred at the confluence of the Arkansas and Mississippi rivers.

The top image, acquired with the Advanced Land Imager (ALI) on the Earth Observing-1 (EO-1) satellite, shows the rivers on January 12, 2016, when the Mississippi River had crested in the area of Arkansas City, Arkansas. The bottom image, acquired with the Operational Land Imager (OLI) on Landsat 8, shows the rivers at normal levels on February 14, 2015. Turn on the image comparison tool to see areas inundated by floodwater.

By January 22, floodwaters measured near Arkansas City were declining but remained about 1 meter (3 feet) above flood stage, according to the National Weather Service.