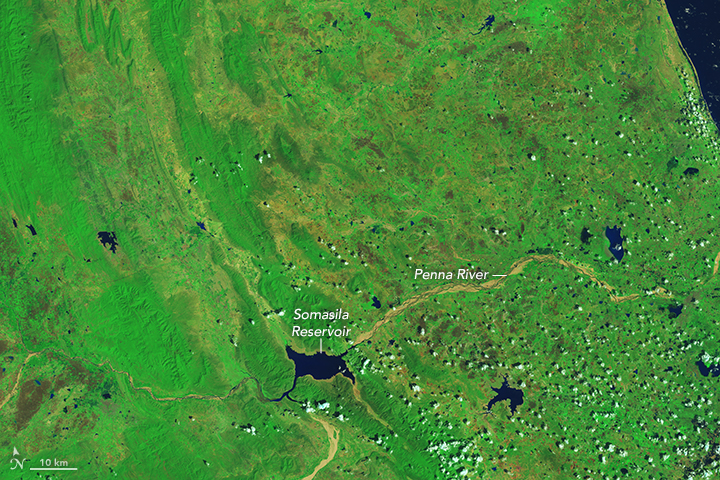 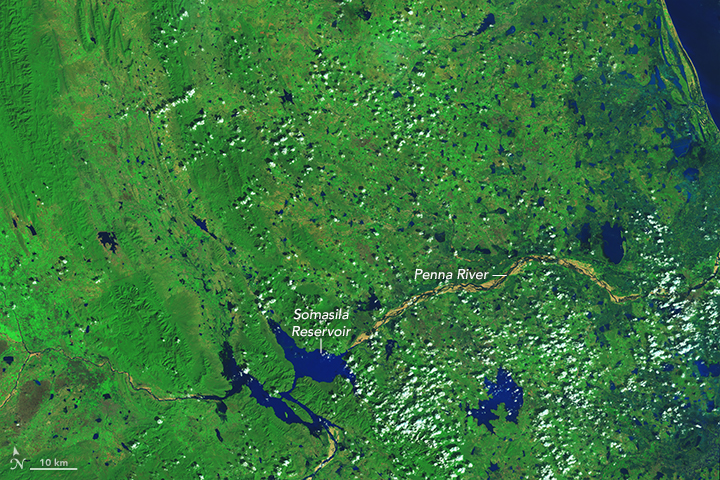 In early December 2015, a deluge of rain led to widespread flooding in southeastern India. One estimate, based on data from a satellite that makes measurements through the cloud layers, found that rainfall totals in the area approached 400 millimeters (16 inches) during a 48-hour period.

About a week later, clouds cleared and afforded a view of the flooding that persisted. The false-color images above, acquired with the Operational Land Imager (OLI) on Landsat 8, show an area about 200 kilometers northwest of Chennai. The top image was acquired on October 21, before the rains, and the bottom image was acquired on December 8. Turn on the image comparison tool to see the change.

According to a news report on December 2, almost 1,000 cubic meters of water per second were pouring into Somasila Reservoir.