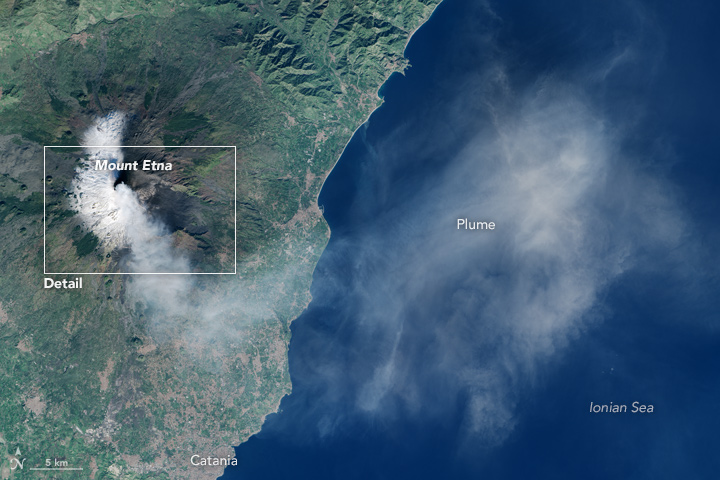 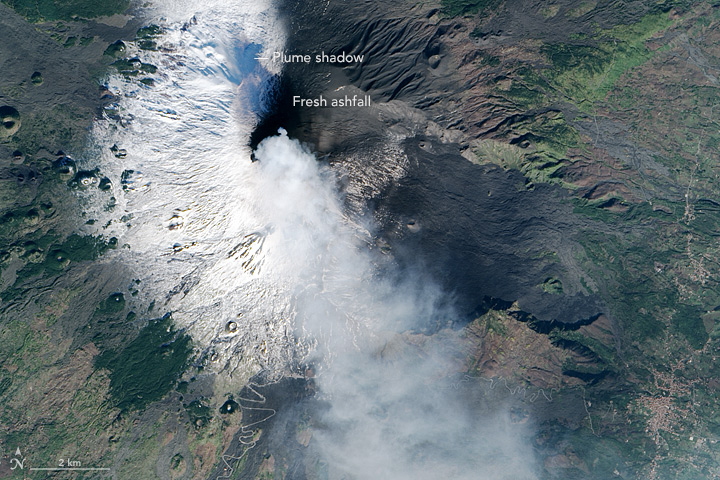 After a two-year respite, Sicily’s massive Etna volcano is showing signs of life. Beginning on December 2, 2015, the volcano began to erupt, sending fountains of lava into the air and jets of hot material as much as 3 kilometers above the summit. On December 3, 2015, the Operational Land Imager (OLI) on Landsat 8 collected this natural-color view of a plume of gas and ash streaming from the summit toward the southeast.