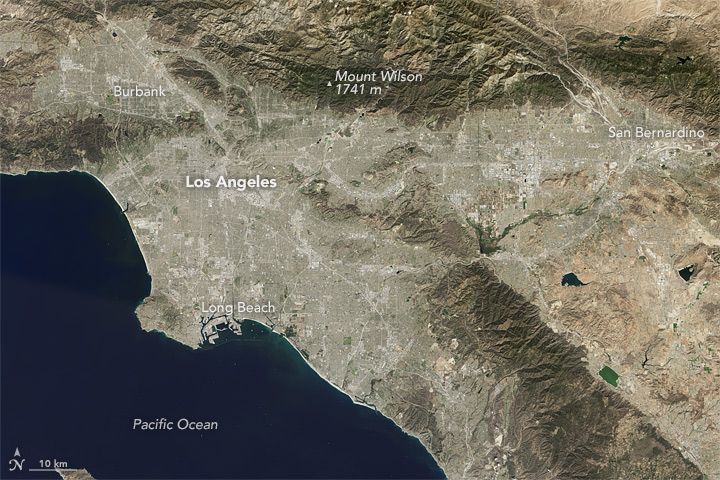 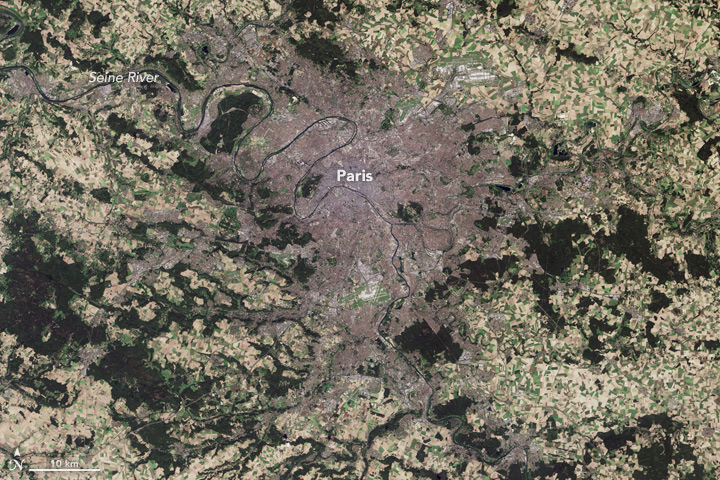 If you are concerned about the effects of climate change or simply want to understand why the climate is changing, there are good reasons to pay close attention to cities, particularly large cities.

Cities produce 70 percent of anthropogenic global carbon dioxide emissions. The 50 largest cities together emit greenhouse gases equivalent to 2,600 megatons of carbon dioxide per year. That is more than some countries. For instance, Russia emits about 2,200 megatons and Japan about 1,400 megatons per year.

Meanwhile, many cities around the world are growing at astounding rates. Several in Asia boast population growth rates around 4 percent per year, with emissions growth of 10 percent per year. Demographers expect the number of megacities—urban areas with populations higher than 10 million—to increase by at least a dozen by 2025.

Recognizing their impact on climate, some megacities have taken aggressive steps to curtail emissions. By 2030, the GreenLA plan aims to reduce greenhouse gas emissions from Los Angeles by 35 percent (in comparison to 1990 levels). The Paris Climate Plan aims to reduce emissions by 25 percent by 2020 (in comparison to 2004 levels). Many other megacities have set or are in the process of setting similar goals as part of Climate 40, a plan to reduce urban greenhouse gas emissions.

However, for most of these megacities, tracking emissions remains a major challenge. Estimates of greenhouse emission are unavailable in many cases; in others, estimates are based on ground sensors that do not offer a complete portrait of a city’s emissions. So called “bottom-up” estimates of emissions regularly differ by as much as 50 percent in comparison to “top-down” observations from aircraft and satellites.

To address the lack of reliable emissions inventories, the Megacities Carbon Project will develop and test methods for monitoring city emissions of carbon dioxide, methane, and carbon monoxide, with a particular emphasis on power plant emissions. Led by NASA Jet Propulsion Laboratory scientists Riley Duren and Charles Miller, the team plans to deploy sensors that collect data from the ground, from airplanes, and from satellites. The effort will focus first on Los Angeles and Paris, then potentially expand into a city in South America or Asia.

“For robust verification of emission changes due to growth or stabilization policies, we need to establish measurement baselines and begin monitoring representative megacities immediately,” noted Duren and Miller in a commentary published in Nature Climate Change.

The Operational Land Imager (OLI) on Landsat 8 captured these images of Los Angeles and Paris. The Los Angeles image is a mosaic based on data acquired on October 3 and October 11, 2015. The Paris image was captured on September 27, 2015. As part of the project, an instrument on Mount Wilson scans Los Angeles basin multiple times a day.