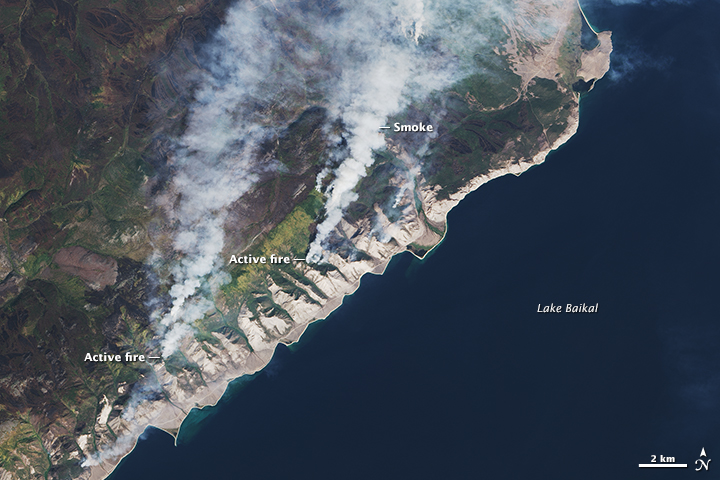 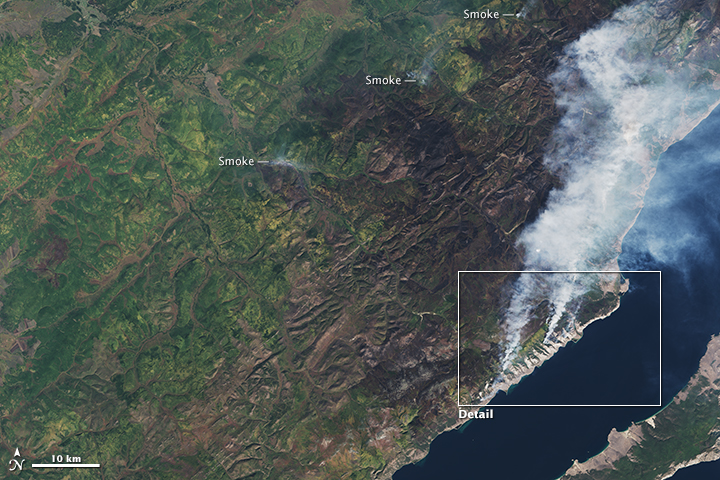 Russians normally flock to the shores of Lake Baikal during the summer to camp and enjoy spectacular views of the world’s deepest freshwater lake. In summer 2015, such views were frequently obscured by smoke.

For months, fires have raged around the lake, inspiring observers to use words like “catastrophic” and “doomsday” to describe the damage to forests surrounding it.

The Operational Land Imager on Landsat 8 captured this natural-color image of a few fires still lingering around the western shore of Lake Baikal on September 13, 2015. Note the charred, blackened vegetation west of the largest smoke plume.