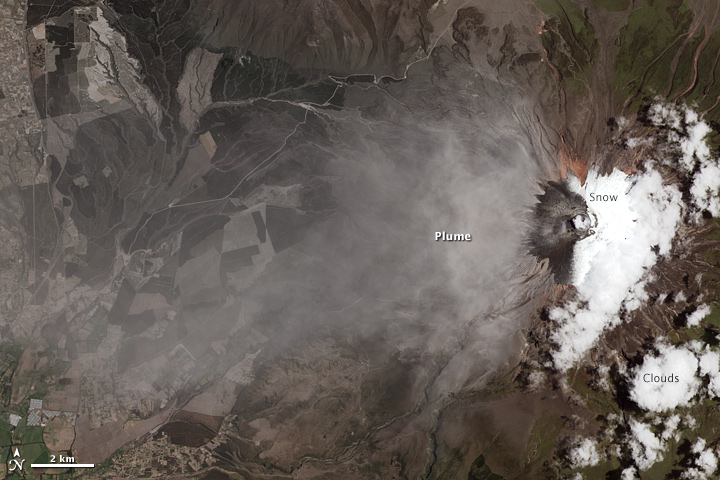 In August 2015, Ecuador’s Cotopaxi volcano awoke with its first significant eruption in more than 70 years. The volcano is just 50 kilometers (30 miles) south of the city of Quito, where some commercial flights were cancelled. According to news reports, 350,000 people living in the vicinity of the mountain were at risk from mud and rock flows.

The image above was acquired on September 15, 2015, by the Operational Land Imager (OLI) on Landsat 8. Volcanic debris had darkened the west flank of the volcano, while airborne volcanic ash and gas continued to move toward the west.

On September 18, the volcano had low to moderate activity and no ashfall was reported.