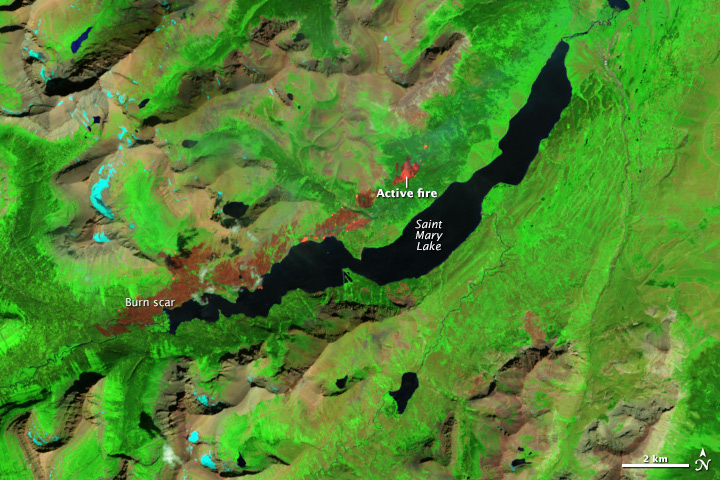 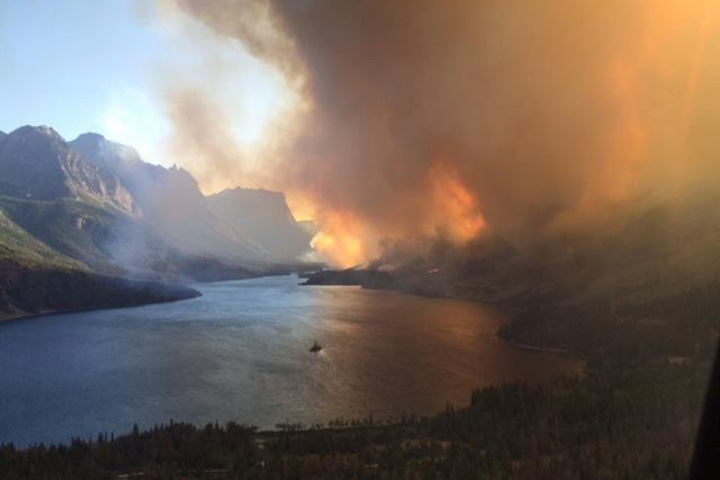 In July 2015, hundreds of visitors to Montana’s Glacier National Park were forced to flee their campgrounds and cabins as a large wildfire in the eastern edge of the park raged near Saint Mary Lake.

The Operational Land Imager (OLI) on Landsat 8 captured this false-color image of the Reynolds Creek fire on July 23, 2015. With this band combination, burned forest appears brown; unaffected forests are green; active fires are orange; and snow is blue. The aerial photograph, provided by InciWeb, shows the fire burning on July 21.

The blaze, first reported on July 21, had charred approximately 4,000 acres by the afternoon of July 24. More than 200 firefighters backed by helicopters and fire engines were battling the blaze, according to news reports.