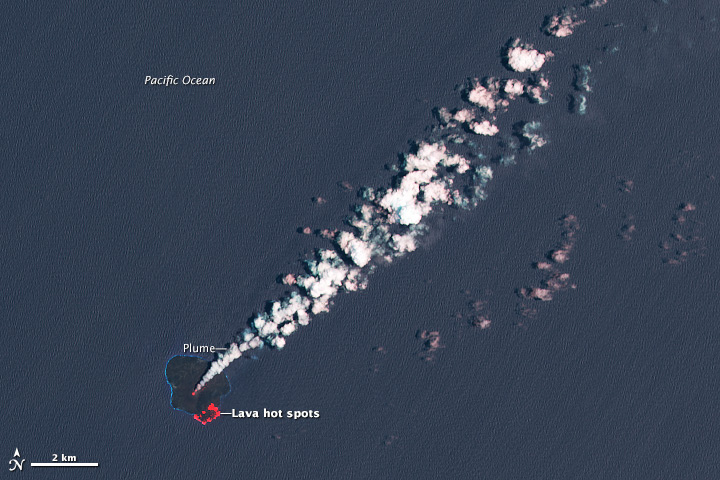 Volcanic activity along the western edge of the Pacific “Ring of Fire” gave rise to a tiny island in late November 2013. Since then, the new island has fused with nearby Nishinoshima and continued to grow.

A false-color image (top) was acquired on June 21, 2015, by the Operational Land Imager (OLI) on Landsat 8. It combines shortwave infrared, near infrared, and green light (OLI bands 7-5-3). With this band combination, the plume of steam and sulfur dioxide appears white. Sea water is navy blue, and hot spots of lava are red. The lava is flowing toward the southeast part of the island through tubes that prevent OLI from detecting it until it emerges in a lava delta at the edge of the island. The natural-color image (below) was acquired by OLI at the same time as the image above. That band combination allows for an image with higher spatial resolution.

The island, now 2.45 square kilometers (0.95 square miles) in area, offers ecologists a unique opportunity to study how life colonizes new islands. Ocean currents and bird waste will likely play key roles in paving the way for new ecosystems, a story in The Japan Times noted. Plants will arrive via currents. Meanwhile, birds will bring the building blocks of soil by dropping waste, feathers, and bits of food on the otherwise barren volcanic rock. 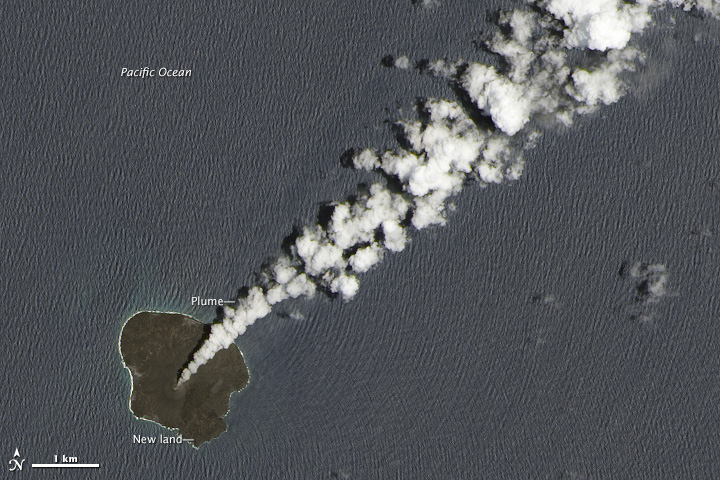