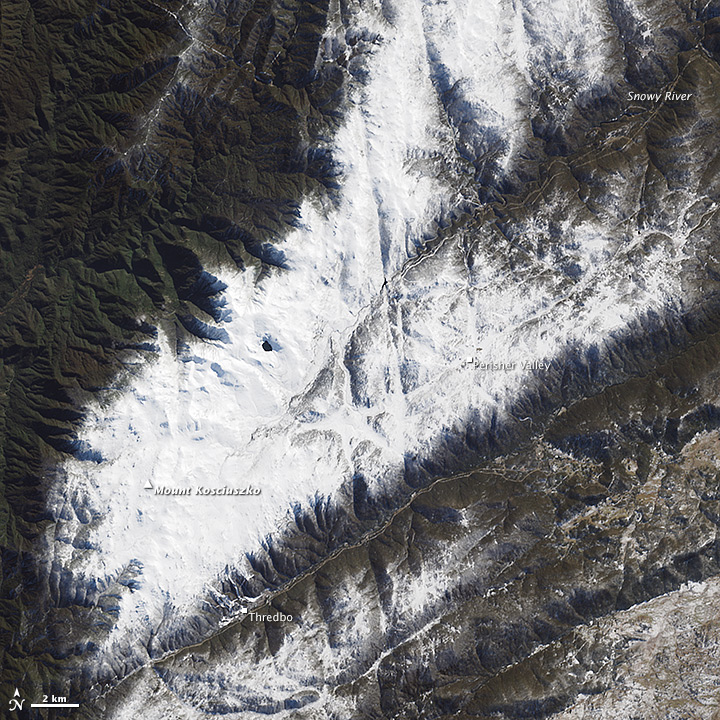 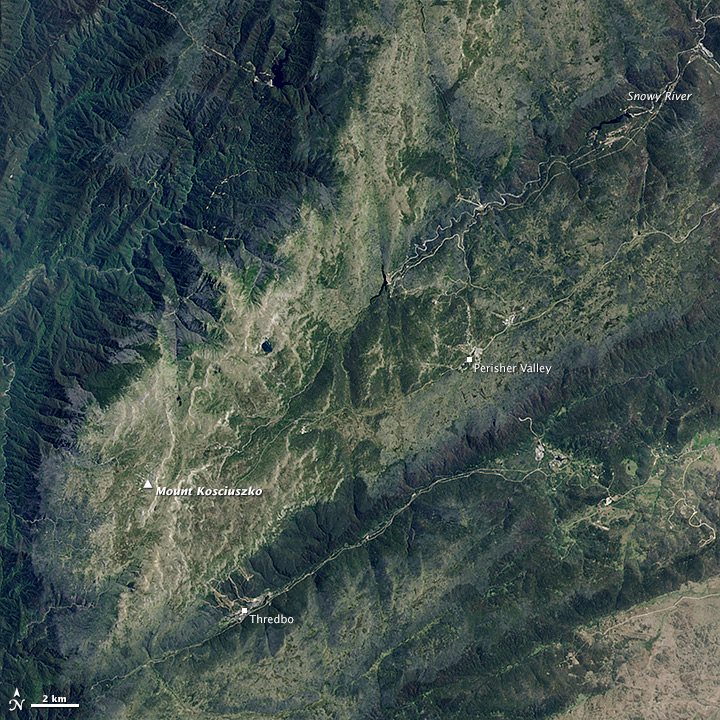 Winter has officially arrived in Australia; the cold season there is defined as starting on June 1. And to welcome the season, snow has fallen already in the aptly named Snowy Mountains.

This view of the snow (top) in New South Wales was captured on June 4, 2015, by the Operational Land Imager (OLI) on Landsat 8. The second image shows the same area on February 7, 2015. Turn on the image comparison tool to see details of the mountains before and after the snow.

The winter weather provided ski resorts with as much as 20 centimeters (7.9 inches) of fresh snow, according to a June 1 news report. By June 4, Thredbo Alpine Village (bottom left) reported an average natural-snow depth of 13.1 centimeters (5.2 inches). Perisher, a ski resort northeast of Thredbo, reported 4.6 centimeters (1.8 inches) of natural snow. The measurements reflect the natural snow depth in addition to artificial snow making and grooming.

Northwest of Thredbo, Mount Kosciuszko rises above all other peaks in the Snowy Mountains. At 2,228 meters (7,310 feet) above sea level, the mountain is the tallest on the Australian mainland and one of the “seven summits”—the highest peaks on each of Earth’s seven continents. However, Kosciuszko falls far short of the tallest mountains in the world.

Kosciuszko is typically snow covered from June to October. But when the snow melts, hikers can make the 14.3-kilometer trek from Thredbo to the summit and back again.