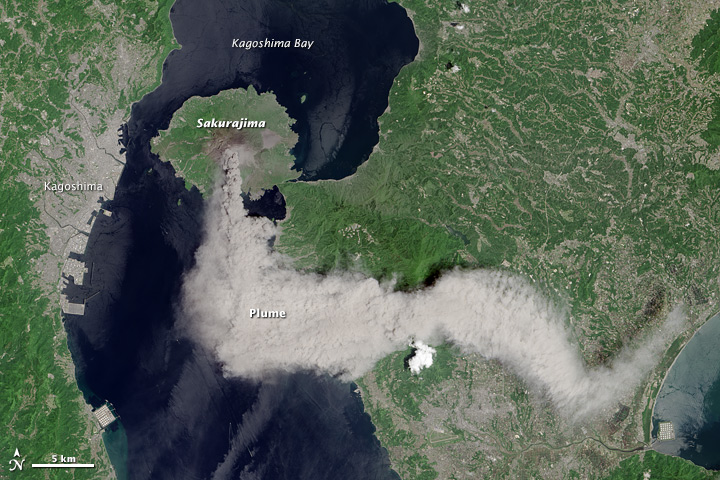 Sakura-jima volcano spewed a dense plume of ash over the Japanese island of Kyushu on May 21, 2015. Currently Japan’s most active volcano, Sakura-jima explodes several hundred times each year. These eruptions are usually small, but the larger eruptions can generate ash plumes that soar thousands of meters above the 1,040-meter (3,410-foot) summit. On May 21, 2015, a plume reached a height of 5,200 meters (17,000 feet), according to the Tokyo Volcanic Ash Advisory Center. This natural-color satellite image was collected that day by the Operational Land Imager on Landsat 8.