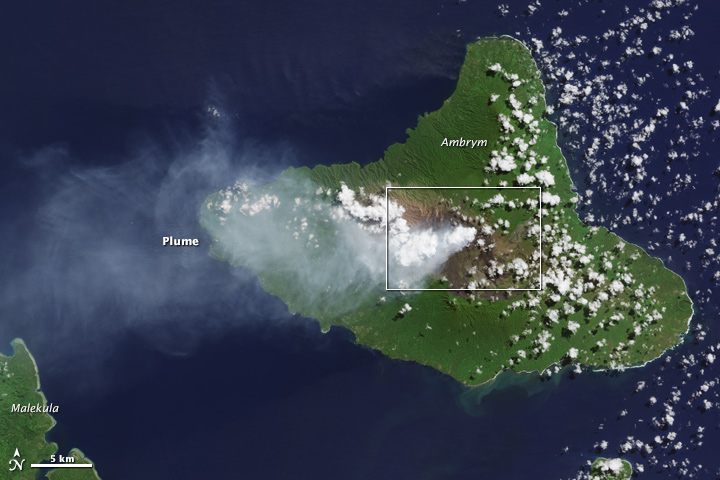 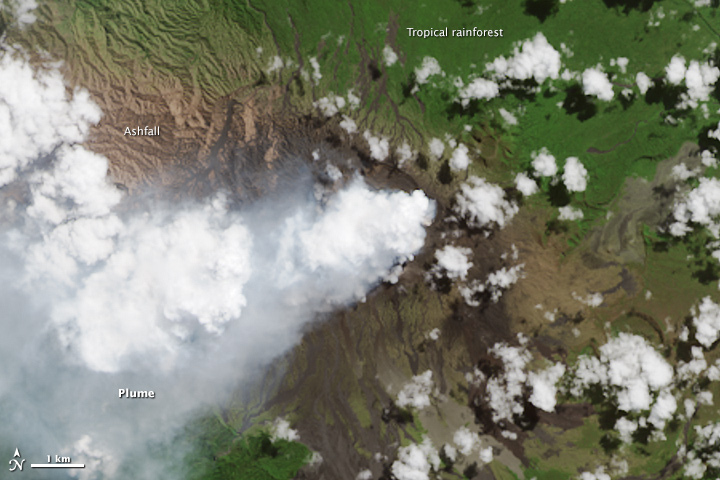 Volcanic activity is common in the Vanuatu archipelago—a chain of islands east of northern Australia in the South Pacific Ocean. On April 25, 2015, the Operational Land Imager (OLI) on Landsat 8 acquired this image of a plume from Ambrym, an active volcanic island of Vanuatu. The top image shows the plume extending over the South Pacific Ocean toward Malekula. The bottom image shows a close up of the plume over two craters, Benbow (left ) and Marum (right).

Researchers have shown a high occurrence of dental fluorosis—a change in the tooth’s enamel—among island inhabitants. Cases were most common among people on the island’s west side, where the plume most frequently extends. According to the study, the plume can contaminate the rainwater collected by communities for their potable water needs.