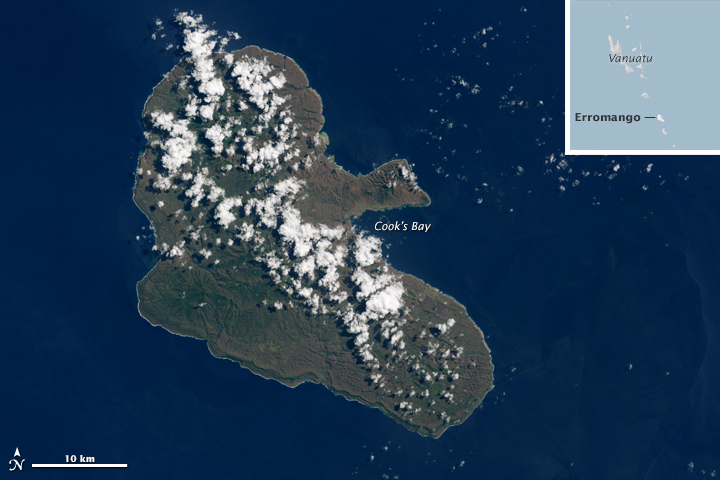 In the Aftermath of Cyclone Pam 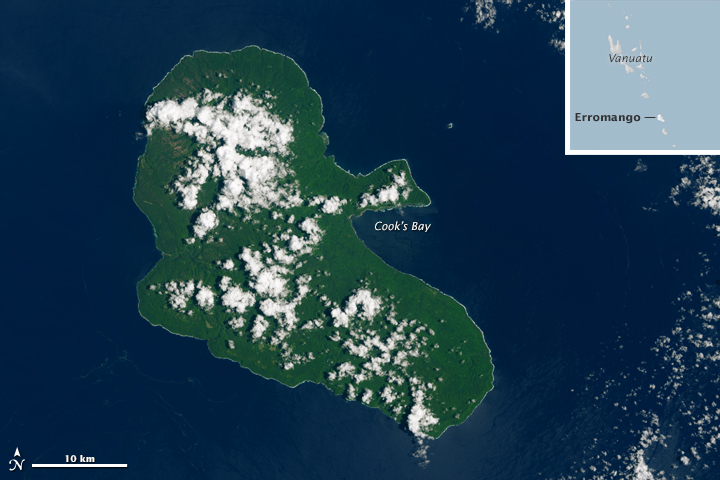 When category 5 cyclone Pam swept over the island nation of Vanuatu in March 2015, two of the hardest hit islands were Tanna and Erromango. While Erromango is home to just a few thousand people, about 30,000 people live on Tanna. On March 17, 2015,—three days after the storm hit the islands—the Operational Land Imager on Landsat 8 acquired imagery revealing the widespread effects of the storm.

Before Pam, Erromango appeared dark green due to the lush tropical vegetation that thrives on it. The cyclone’s fierce winds downed many trees, stripped vegetation, and coated leaves in damaging salt spray, leaving the islands with a browner hue in the aftermath. Before and after views of Tanna are available at the bottom of the page.

According to scientists from Tropical Storm Risk, Erromango likely faced the most severe winds. Their analysis of Pam’s wind field—based on data from the Joint Typhoon Warning Center and an analytical model of the atmosphere—suggested that Erromango saw gusts up to 320 kilometers (200 miles) per hour. With top gusts of 260 kilometers (160 miles) per hour, Tanna faired slightly better in the analysis. With Erromango’s vegetation appearing slightly browner and more disturbed than Tanna’s, this Landsat imagery supports that interpretation.

Pam took a heavy human toll. The storm killed six people and seriously injured many more, according to media reports. The homes of 80 percent of the residents of Tanna were either damaged or destroyed. Meanwhile, ongoing water and food shortages—and severe damage to the island’s only hospital—mean the humanitarian situation could worsen. 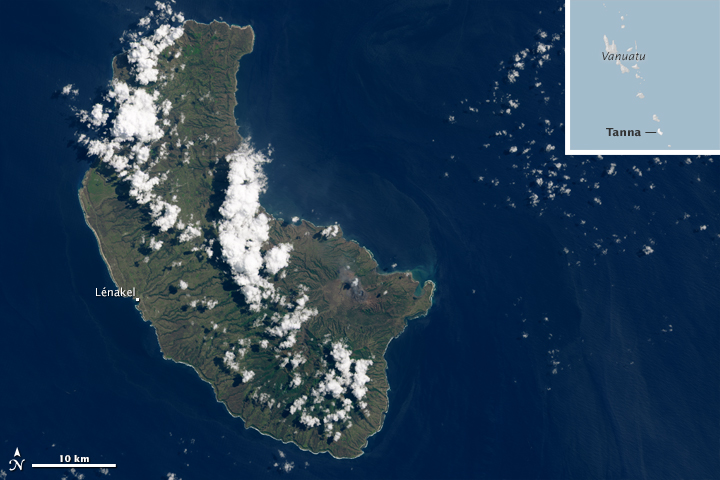 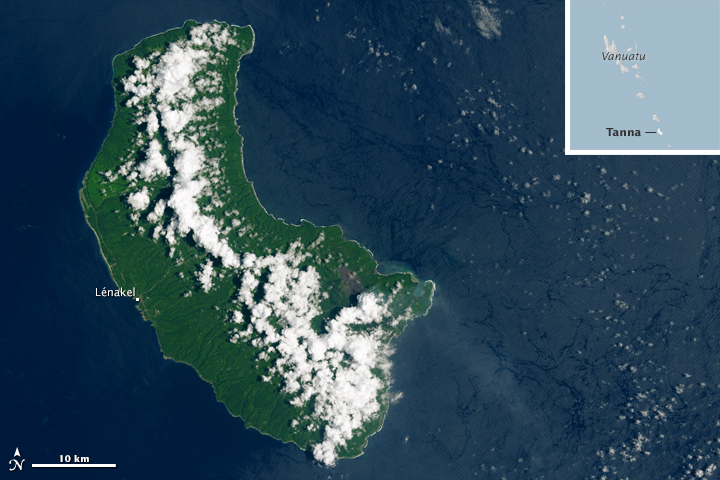