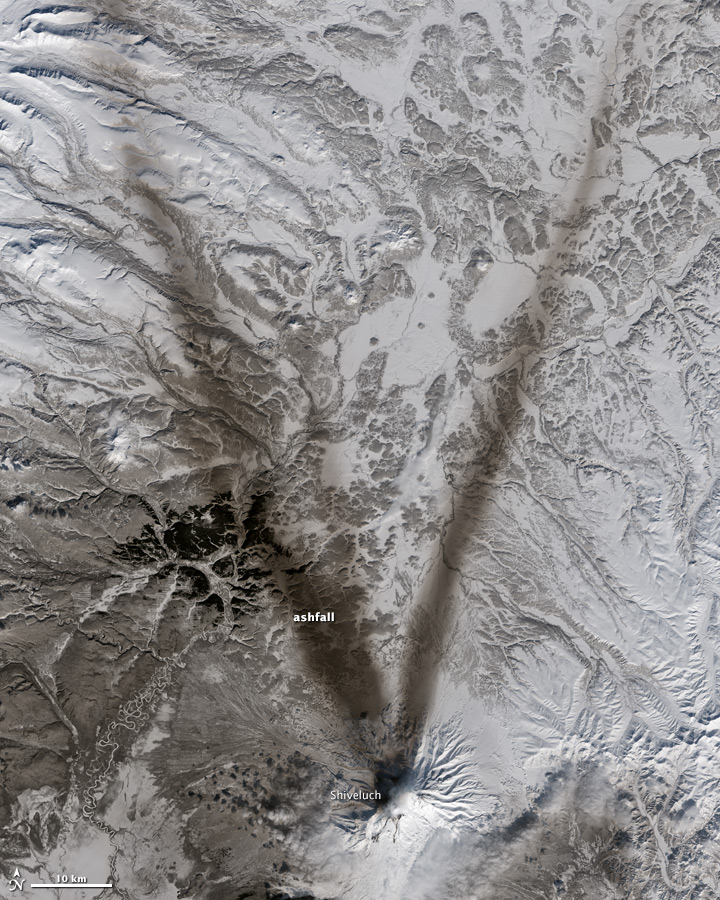 “V” is for Volcano

On March 23, 2015, the Operational Land Imager (OLI) on Landsat 8 acquired this image of ashfall on the snow around Shiveluch—one of the largest and most active volcanoes on Russia’s Kamchatka Peninsula. Ash from volcanic eruptions can be swept in a narrow direction by the wind. When the wind changes direction so, too, does the location of the ashfall.

A subsequent image, acquired on March 26, 2015, by NASA’s Aqua satellite, shows winds shifting again, this time carrying the ash toward the south and southeast.