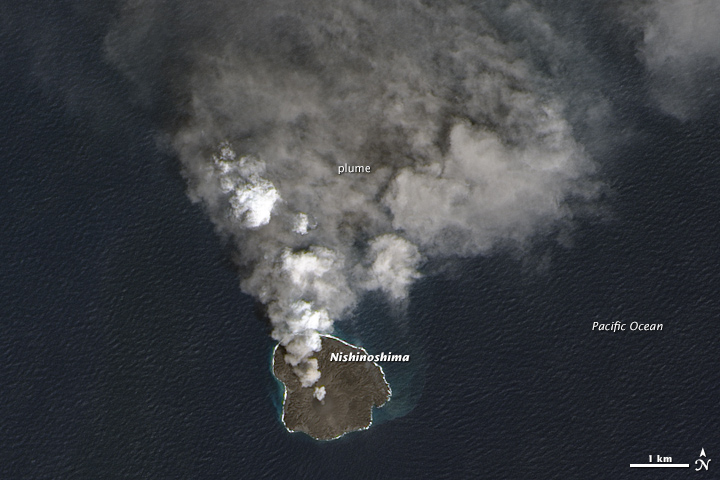 On March 1, 2015, the Operational Land Imager (OLI) on Landsat 8 captured this image of volcanic activity that continued at Nishinoshima.

The volcano is part of a chain of islands located about 1,000 kilometers (600 miles) south of Tokyo. Previously, Nishinoshima merged with a small island that rose out of the sea in November 2013. For a time, the island was nicknamed “Snoopy Island” because of its resemblance to the famed cartoon character, but lava flows have since rounded out the landmass. Nishinoshima has grown to almost 2.5 square kilometers (1 square mile), according to a report by the Smithsonian Institution Global Volcanism Program. To see more satellite imagery of Nishinoshima, explore this gallery.