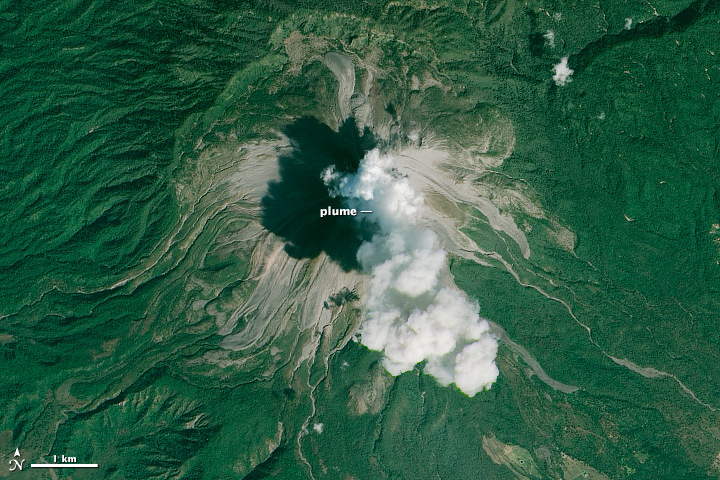 Colima Volcano, one of Mexico’s most active, is at it again. The Operational Land Imager (OLI) on Landsat 8 captured this natural-color view of an ash plume from Colima on February 8, 2015.

Prior to this image on February 5, ash was reported to have reached an altitude of 7.9 kilometers (26,000 feet). The occurrence of lava-block avalanches decreased by late February, but residents were still warned to remain at least 5 kilometers away from the volcano.