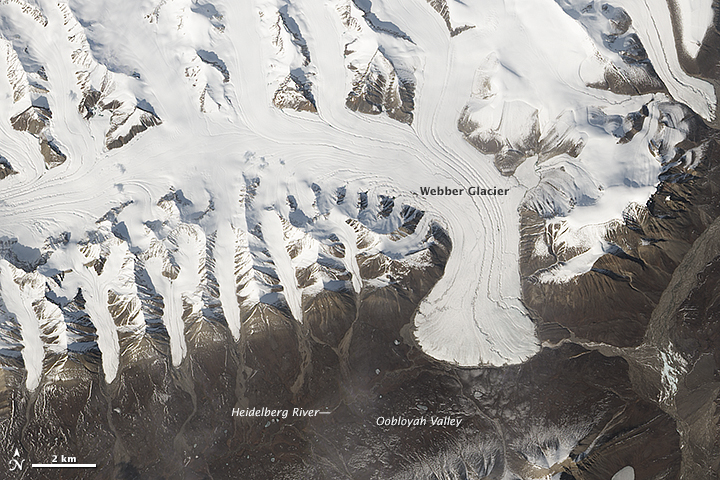 A Long View of the Arctic

In the Arctic summer, there are days when the Sun never sets. This period of extended sunlight offers the chance to observe long expanses of Earth’s northern latitudes from space. On June 21, 2014—the summer solstice—the Operational Land Imager (OLI) on Landsat 8 acquired an image swath that exhibits the Arctic’s sunlit, although sometimes cloud-covered, land and ocean features.

Two close-up views from the swath, selected for their striking beauty, are pictured on this page. The top image shows Webber Glacier, in the Oobloyah Valley on Canada’s Ellesmere Island. Retreating glaciers—including the Nukapingwa, Arklio, Perkeo, and Midget—flow into the valley from the Krieger Mountains and provide melt water during the summer. 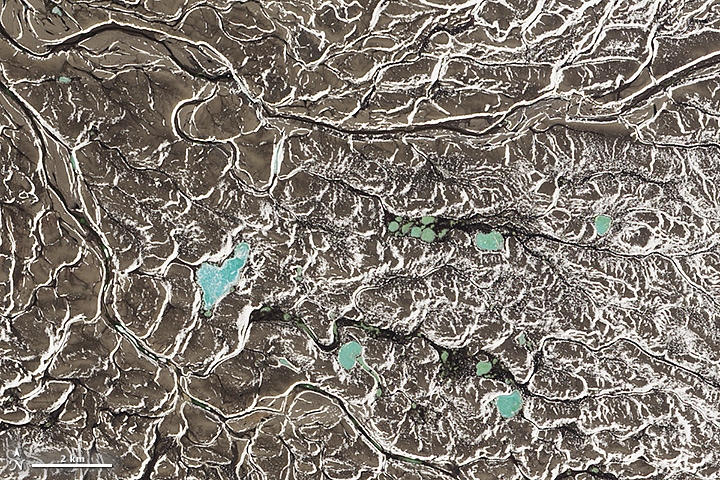 The second image shows a chain of colorful lakes on Victoria Island, in the Northwest Territories of Canada. While much of the region is still frozen in June, the snow and ice are in various stages of melting. Early season melt water carries sediment from glacial erosion into the lakes, giving them a uniform green color.

The swath in its entirety (below) stretches roughly 6,800 kilometers (4,200 miles) long by 200 kilometers (120 miles) wide. The scenes begin in Scandinavia, track across Greenland, and end in western Canada. To interactively explore the entire swath of images and to view more image highlights, read the full story here. 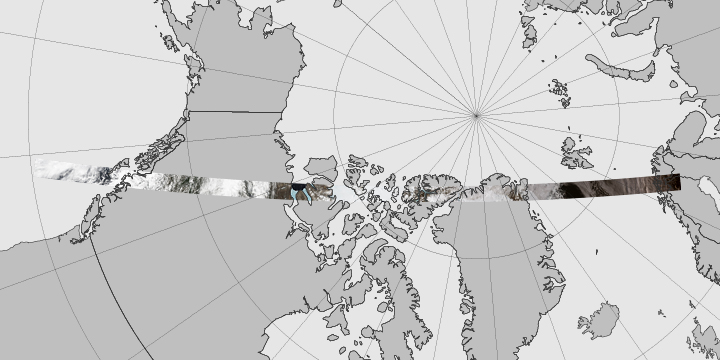