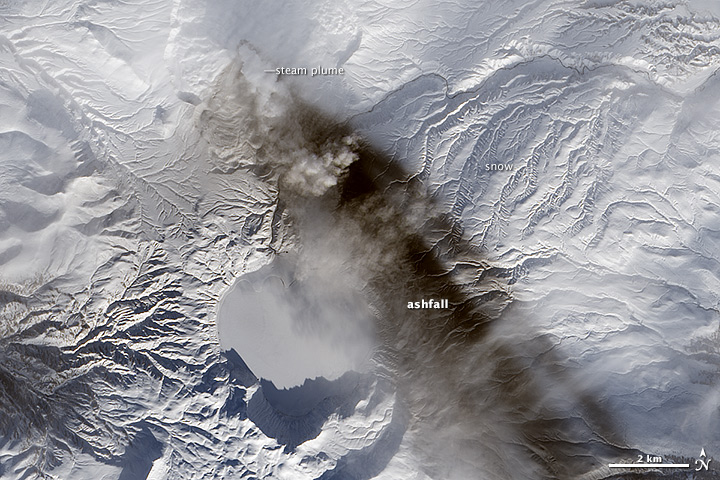 Karymsky is one of the most active volcanoes on Russia’s Kamchatka Peninsula. Evidence of its frequent eruptions is visible in this natural-color satellite image. A streak of dark ash extends southeast from Karymsky’s summit amidst a backdrop of snow. The image was acquired by the Operational Land Imager (OLI) aboard the Landsat 8 satellite on January 18, 2015.