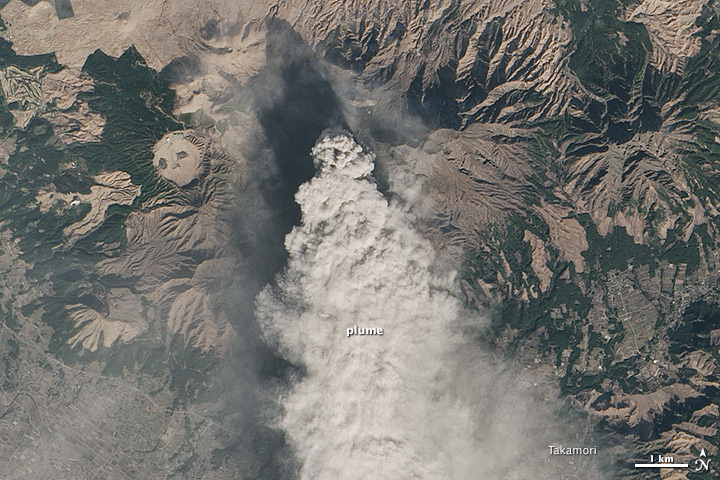 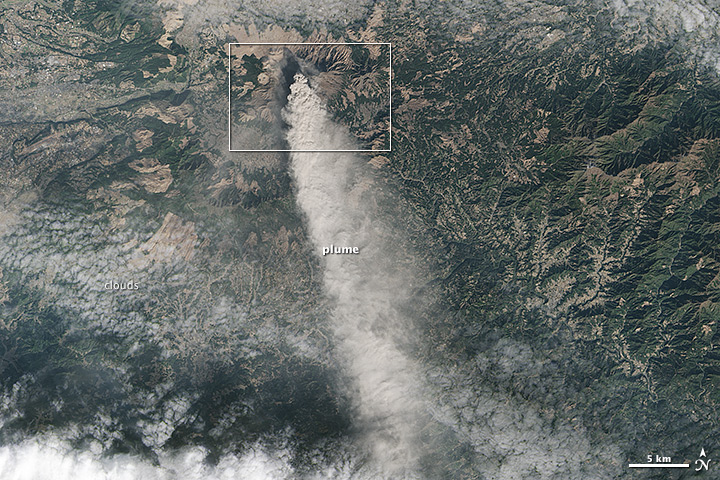 Mount Aso, a volcano on Japan’s Kyushu island, has been erupting sporadically for decades. Smithsonian’s Global Volcanism Program lists 38 separate eruptions since 1950, with the most recent beginning on December 8, 2014. All of these eruptions have occurred at Naka-dake, a cinder cone located within Aso’s massive caldera.

The Operational Land Imager (OLI) on Landsat 8 acquired this image of ash drifting south from Mount Aso on January 13, 2015. The lower image shows a broader view of the plume.

The summit crater of Naka-dake, accessible by toll road and cable car, is one of Kyushu’s most popular tourist destinations. However, the eruption is keeping tourists away, according to a report by the Asahi Shimbun. Many local tourism operations have seen the number of visitors drop by 20 to 30 percent, the newspaper reported.