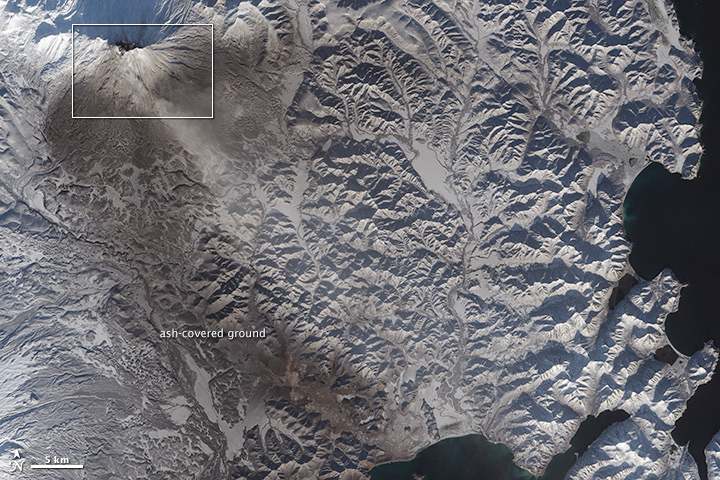 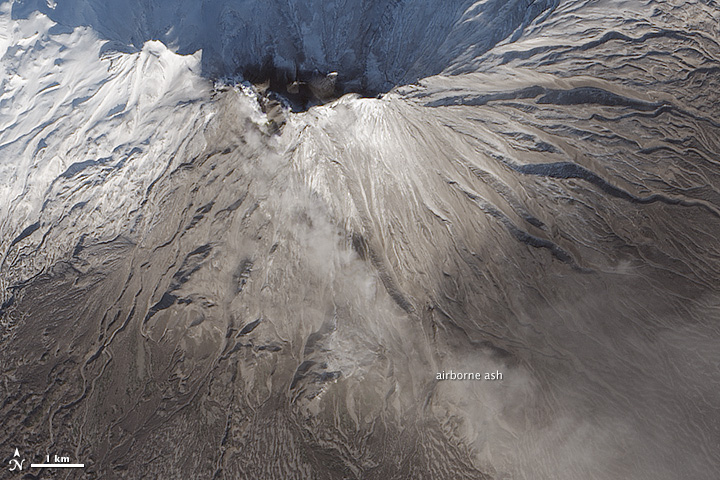 The ongoing eruption at Zhupanovsky volcano has left its mark on the mountain’s slopes. Ash—in the air and on the snow—is visible in these images acquired on December 1, 2014, by the Operational Land Imager (OLI) on Landsat 8. The top image provides a broad view of ash blanketing the snow-covered mountainside, while the bottom image provides a close-up of airborne ash near the top of the caldera.

Zhupanovksy, located on Russia’s Kamchatka Peninsula, began erupting on June 6, 2014. November 2014 began with a strong explosive event at the volcano, which tapered into a series of moderate explosive events toward the end of the month. According to the Global Volcanism Program, the explosions at Zhupanovksy are phreatic, caused by the nearly instantaneous vaporization of water by hot material below the surface.