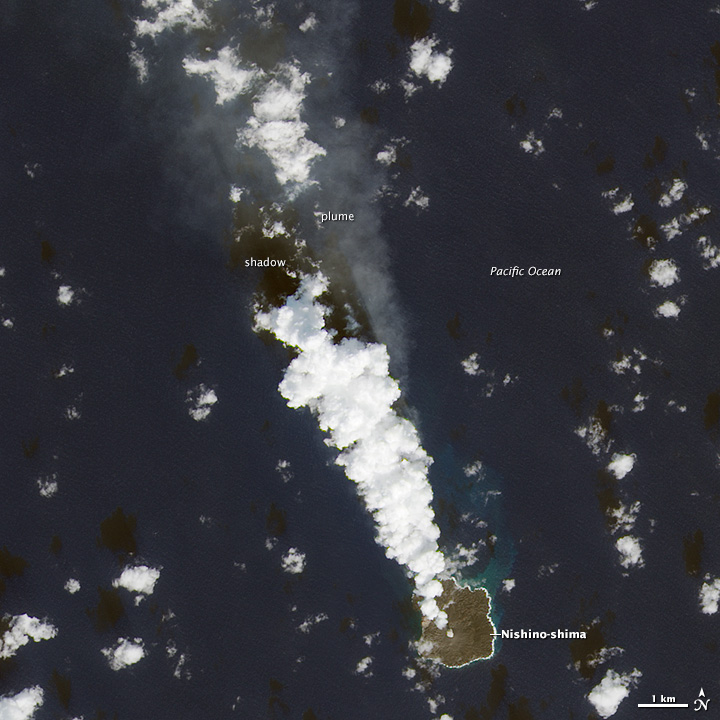 Volcanic activity along the western edge of the Pacific “Ring of Fire” gave rise to a tiny island in late November 2013. Since then, the new island has fused with nearby Nishinoshima and continued to grow. When it was last measured by the Japanese coast guard, the island covered 1.89 square kilometers (0.73 square miles). Its highest point was 100 meters (328 feet) above sea level.

Volcanologists find no signs that the eruption is abating and expect the island to grow two or three times its current size, according to news reports. The Operational Land Imager on Landsat 8 captured this image of Nishinoshima on November 25, 2014. The Japanese coast guard first spotted the island on November 20, 2013.