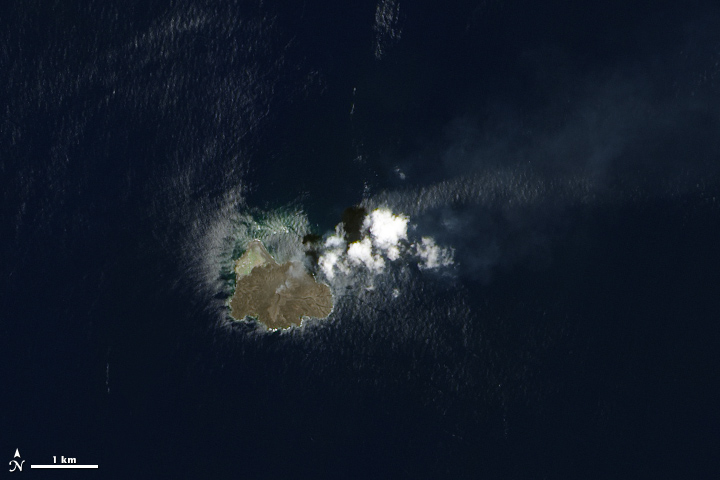 More than 6 months after it broke the surface of the Pacific Ocean, Nishino-shima (once called Niijima) continues to grow. The new land surface is now several times larger than original Nishino-shima, which formed in 1973–74. The islets merged in December 2013.

This natural-color image was collected by the Operational Land Imager (OLI) on Landsat 8 on July 4, 2014. It shows a plume of ash, steam, and other volcanic gases streaming from a crater in the center of the island.