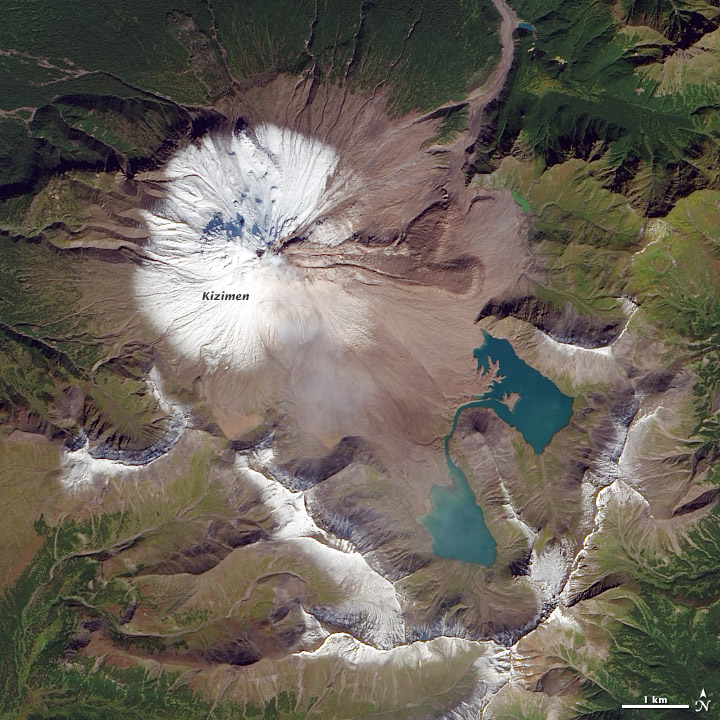 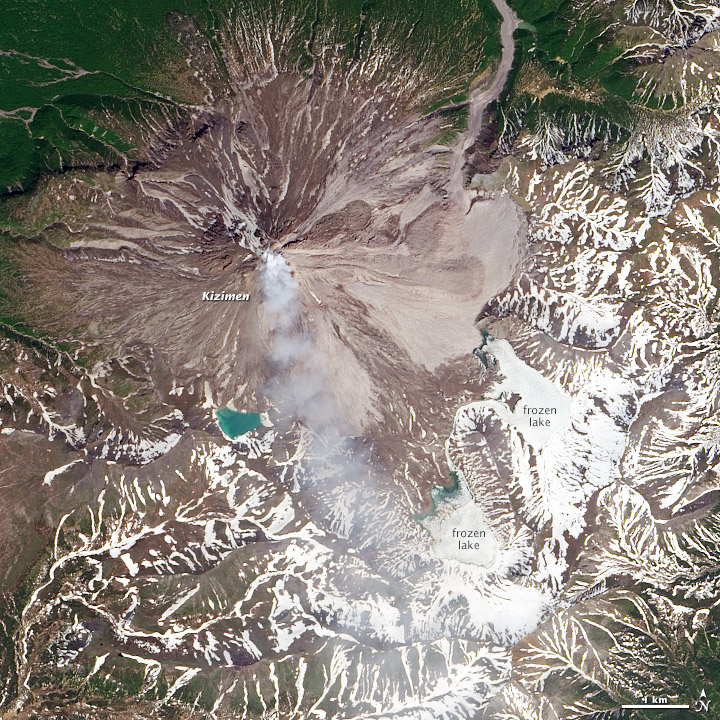 Despite 9 months of continuous activity at Kizimen Volcano, seasonal changes from early fall 2013 (top) to late spring 2014 (lower) dominate the landscape. Located on Russia’s subarctic Kamchatka Peninsula, summers are short at Kizimen. Early snow covered the upper slopes of the volcano and nearby ridges on September 2, 2013. Almost all of Kamchatka (including Kizimen) was covered in snow on April 14, 2014, almost a month into astronomical spring. On June 16, only a few days before the start of summer, snow remained on scattered mountainsides, and the twin lakes at the foot of Kizimen remained frozen.

These natural-color images were collected by the Operational Land Imager on Landsat 8.