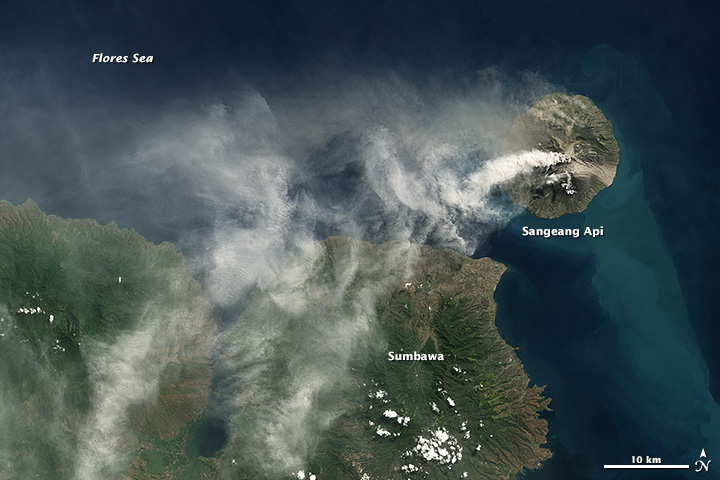 Sangeang Api, an island volcano just of the coast of Sumbawa Island, Indonesia, began a series of large eruptions on May 30, 2014. Landsat 8 collected this true-color image of an ash plume rising from the volcano on June 1, 2014.