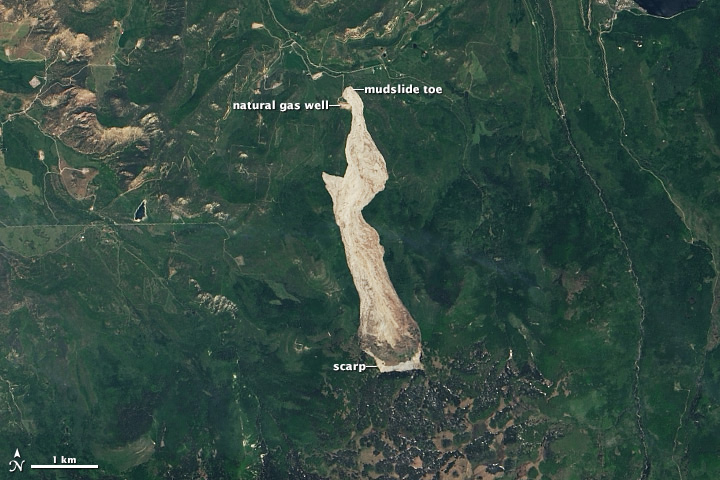 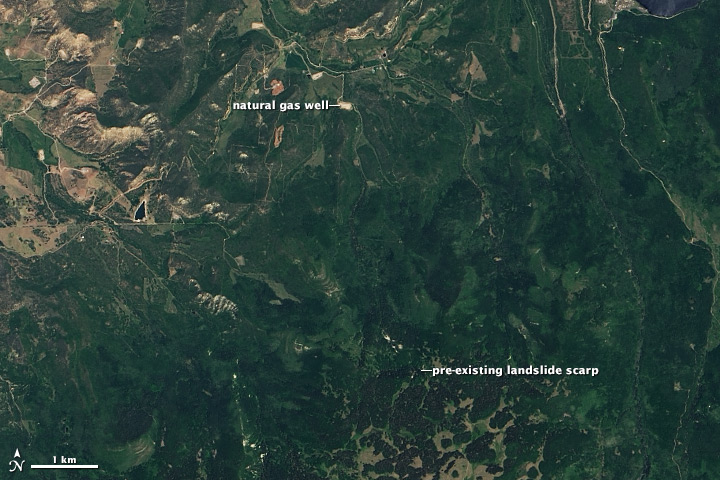 On Sunday, May 25, 2014, a large mudslide rushed down a Colorado mountain near the town of Collbran covering an area three miles long and one-half to three-quarters of a mile wide. It claimed the lives of three ranchers and triggered a small earthquake.

The extent of the mudslide is evident in the top image, which was acquired by the Landsat 8 satellite on June 7. The lower image, taken by Landsat 8 on June 20, 2013, shows the slide region before the slide. The top edge of the slide, the scarp, is on the lower side of the image. The debris flowed north and ended at the toe, partially covering a natural gas well.

The slide happened in the Grand Mesa region of western Colorado, an area extremely prone to landslides. In fact, the recent mudslide began at the scarp of a previous landslide. The region is unstable because of its underlying geology. A layer of basalt lies on top of soft claystone that erodes easily. The basalt slumps when water erodes the soft rock beneath it, as illustrated in these diagrams. Landslides are most prevalent in this region during the spring and early summer when the ground is moist from snowmelt and runoff.

On average, Colorado experiences thousands of landslides every year. According to the Colorado Landslide Inventory, most of the slides occur in the mountainous western half of the state.