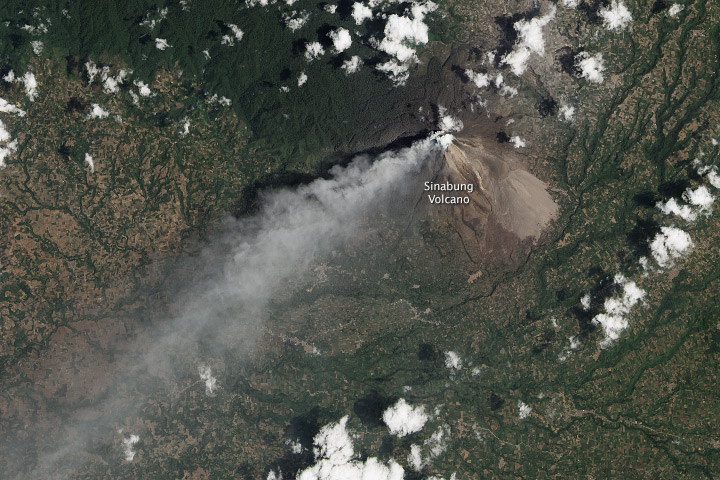 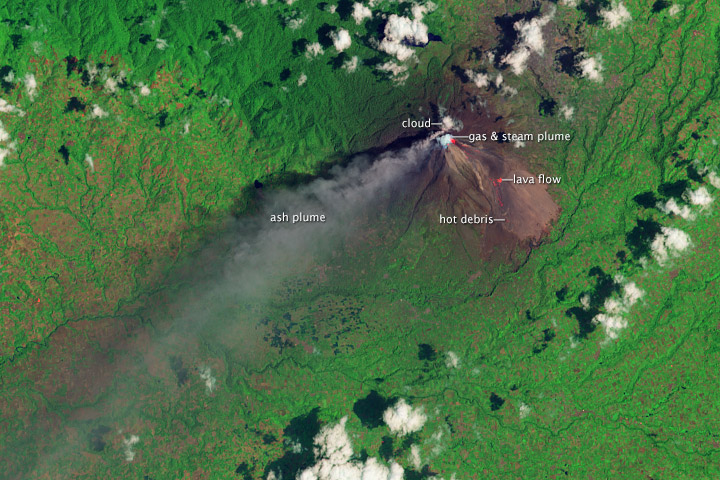 Activity at Indonesia’s Sinabung Volcano has slowed since the intense explosions of January 2014. In early March, thousands of residents returned to villages near the volcano. The eruption is less violent now, but it is not over.

Landsat collected images of an ash plume and pyroclastic flow from Sinabung on March 6, 2014. The top, natural-color image shows the volcano, ash plume, and volcanic debris surrounded by farms and forest. The lower image, in false-color (shortwave infrared, near infrared, green), reveals a hot lava flow (red spots) creeping down the eastern flank of Sinabung. Additional hot spots may indicate an extension of the lava flow, or hot debris spilling from its advancing face. The false color image also differentiates between clouds (tinted orange) and a gas and steam plume (tinted blue) above Sinabung’s summit. Both are pure white in natural-color.