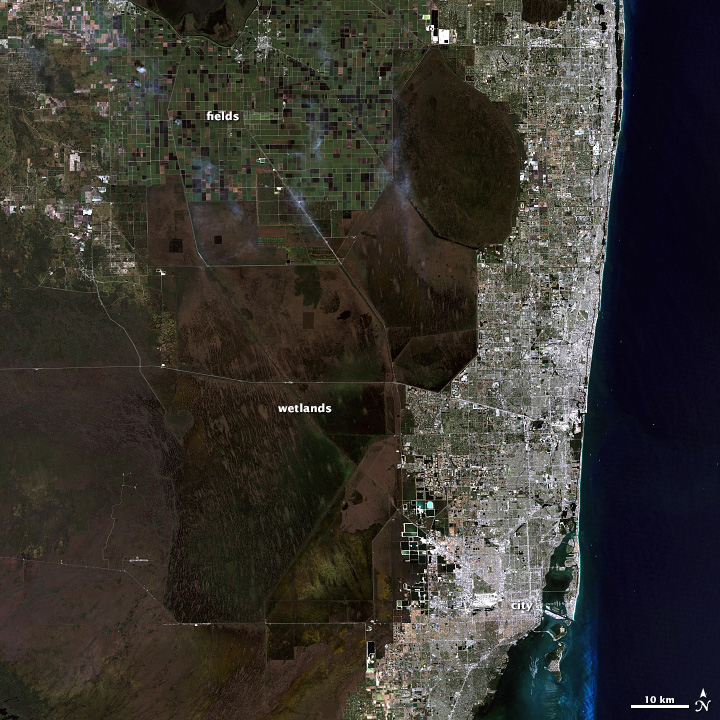 From farms and forests to wetlands and urban areas, southern Florida packs many diverse landscapes into a relatively small area. The dense Miami-Fort Lauderdale urban corridor lines the Atlantic Coast with block after block of silver in this scene acquired by the Landsat 5 satellite on November 10, 2011. The wetlands of the Everglades fill the southwestern quadrant of the image, a combination of muddy water (brown) and clear water (black). Green squares in the top center portion of the image are farms, and the uneven patches of dark green in the upper right are forests.

Viewing the scene in a different light reveals features that are difficult to see in visible light, such as the role of fire in managing agriculture. The image below combines green, near infrared, and shortwave infrared light. In this false-color band combination, plant-covered land is bright green, water is black, and bare earth ranges from tan to pink. Newly burned farmland is dark red, while older burns are lighter red. Much of the farmland in this area is used to grow sugar cane. Farmers burn the crop before harvest to remove leaves from the canes. Because burned land stands out so vividly in this kind of false-color image, it is possible to see how extensively farmers rely on fire in this region. 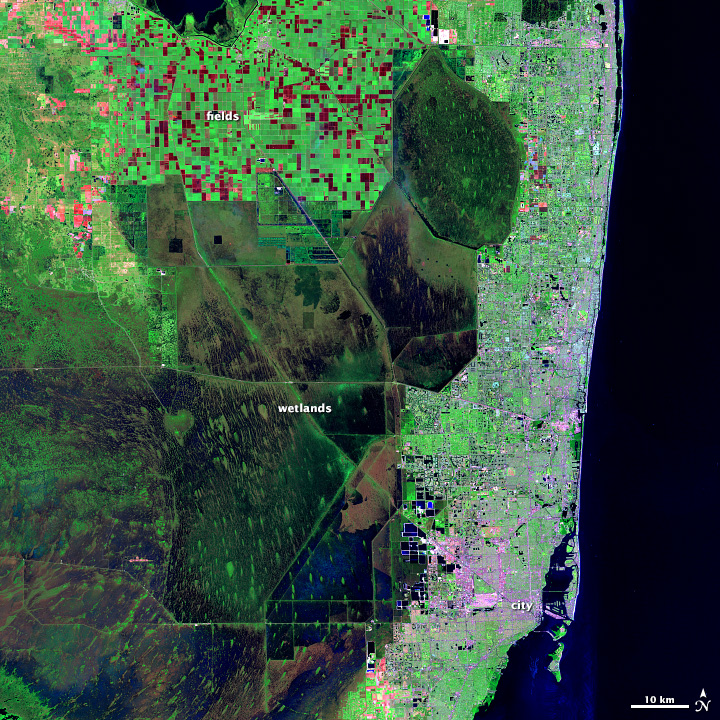 This false-color view also reveals how water flows through the Northern Everglades. Green islands punctuate the wetlands, which are black and blue. These are tree islands that are hard to distinguish in natural color. Their orientation aligns with the flow of the water, highlighting direction that is not obvious in the natural color image. It is also easier to see the extent of the wetlands against surrounding land, since water is dark in this view and plant-covered land is bright green. The adjoining urban area is purple. 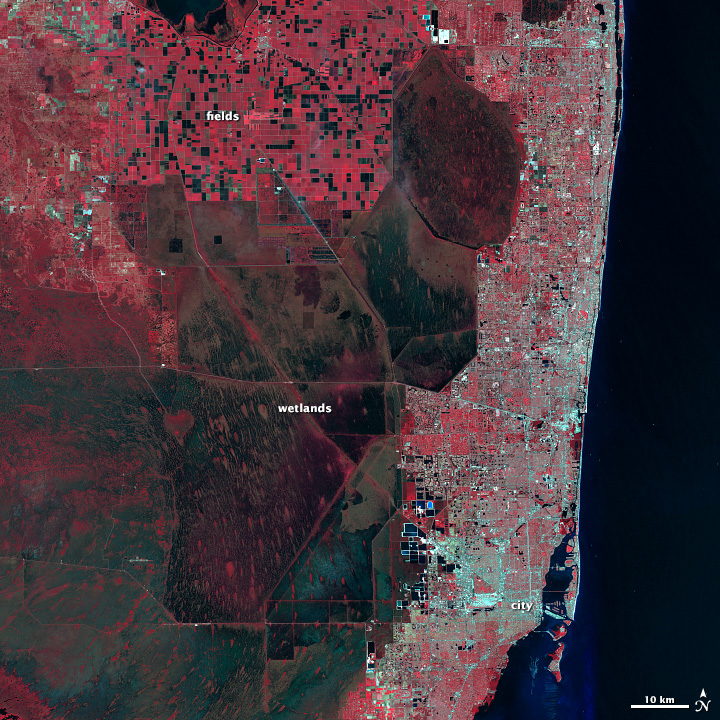 The third image shows the scene in green, red, and near infrared light. Plants are dark red because they reflect infrared light strongly, and the infrared band is assigned to be red. That means that this type of false-color image can help us see how well plants are growing and how densely vegetated an area is. Plants that are growing quickly (such as developing crops) reflect more infrared, so they are brighter red. Dense vegetation is dark red. Patches of dark red in the upper left corner of the image are Cyprus forest. Water is black and blue, and urban areasâ€”including Miami, Fort Lauderdale, and West Palm Beachâ€”are silver.

The series of Landsat images illustrates why you might want to see the world in false color. A related animation shows how the images were made. Read more: Why is that Forest Red and that Cloud Blue? How to Interpret a False-Color Satellite Image.