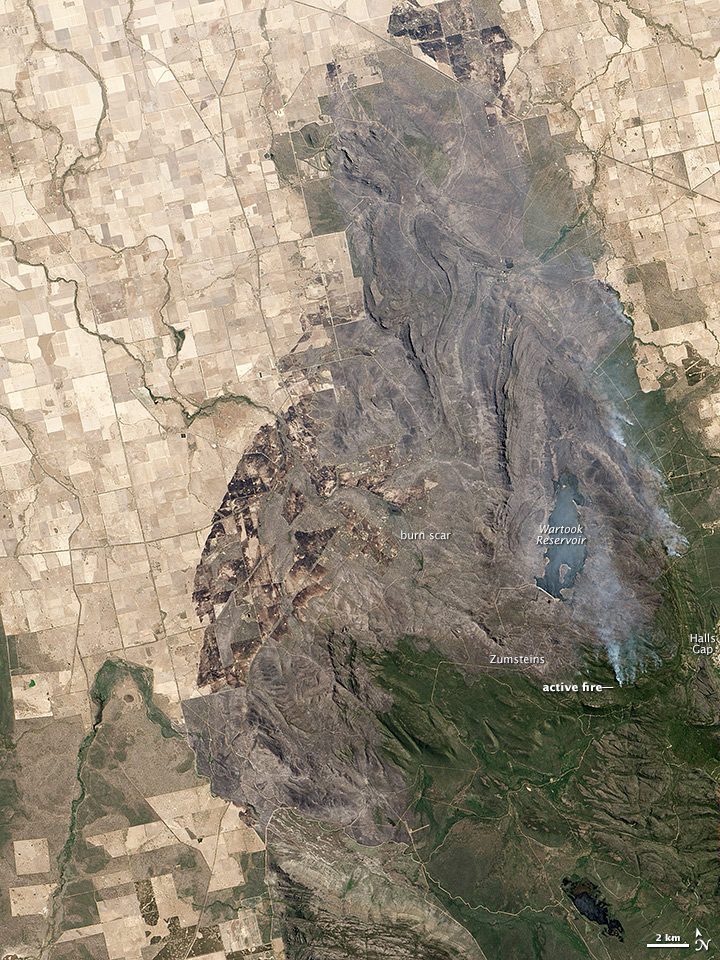 A large fire burning in and around Grampians National Park in Victoria, Australia, was nearly contained when the Operational Land Imager on the Landsat 8 satellite acquired this image on January 19, 2014. The burned land is gray-brown in this natural-color image. Active fires were burning on the east side of the burn area, sending up plumes of smoke.