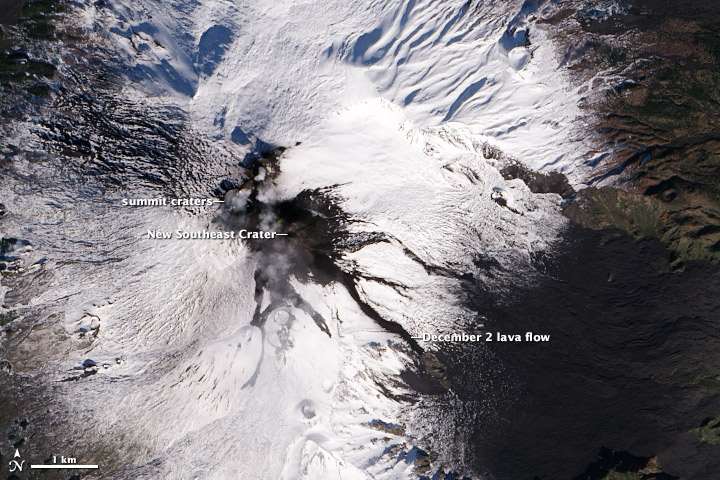 Rivers of black lava snake over the white, snow-covered slopes of Mount Etna in this natural-color satellite image. The image was collected by the Operational Land Imager (OLI) aboard Landsat 8 on December 13, 2013. The freshest lava was only 11 days old—extruded on December 2, 2013 from the New Southeast Crater.

Puffs of gas above the summit craters betray Etna’s restless nature. The volcano erupted again on the evening of December 14.