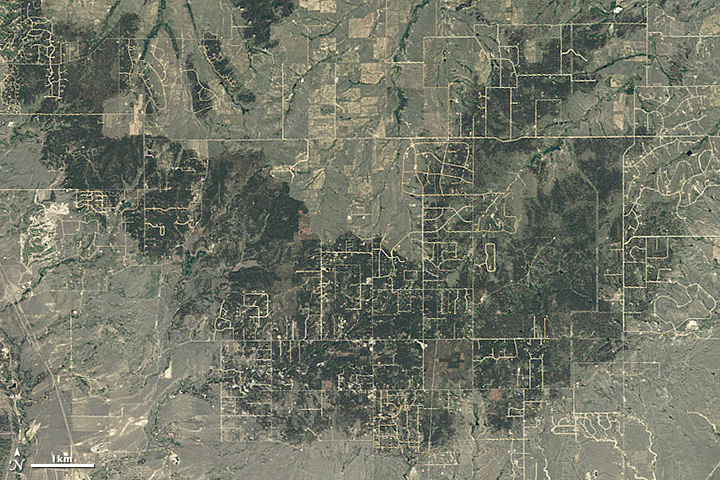 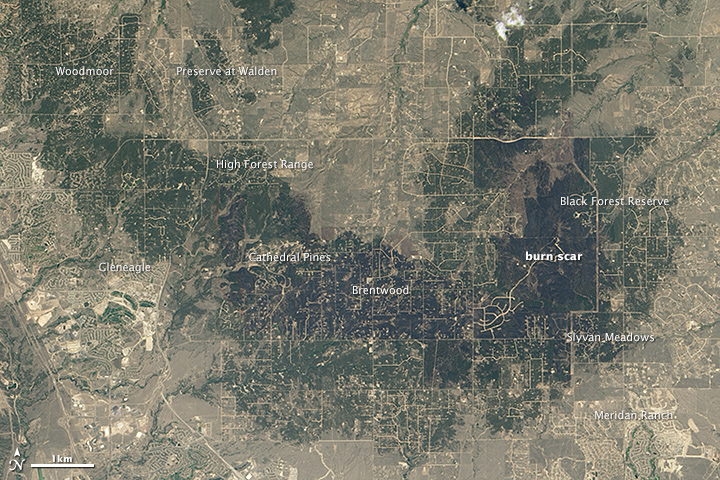 About a year after the Waldo Canyon fire became the most destructive in Colorado history, an even more damaging blaze emerged in Black Forest, a suburb of Colorado Springs. Known for its thick ponderosa pine forest, Black Forest sits at the wildland-urban interface (WUI), the fire-prone zone where wilderness and human development meet. The Black Forest fire, which began on June 11, 2013, destroyed 486 homes before firefighters finally contained it nine days later.

Much like the Waldo Canyon fire, a variety of factors came together to make the Black Forest blaze so destructive. Since 2012, a powerful drought had parched Colorado’s forests. And when the fire started, Colorado was broiling in the sort of record-setting heat wave that climatologists say has become more likely because of global warming.

The drought and the heat, combined with gusty winds, meant that any fire in Black Forest in summer 2013 would be a serious threat. But development may have heightened the risk. In the 1960s, there were fewer than 100 homes in the area, mostly rustic vacation cabins. According to the Colorado Springs Independent, a reduction in the minimum lot size and a new water supply rule in the 1980s caused Black Forest’s population to swell with new developments such as High Forest Ranch and Cathedral Pines. By the time the 2013 fire hit, there were 1,603 houses in Black Forest.

In just a few days, the Black Forest fire destroyed a third of these homes. See the satellite images above, acquired by Landsat 4 and Landsat 8, to compare development patterns in the area in 1985 and 2013. Note that in 2013 a dark burn scar cuts directly through many of the densely-populated neighborhoods.

Even as Colorado Springs and Black Forest residents rebuild in the wake of the fires, many experts worry that development trends and climate could make destructive fires the norm in the future. An analysis of U.S. Census data by Rocky Mountain PBS found that one in four Colorado homes are now located in a fire zone.

In October 2013, a task force appointed by the Colorado governor called for stricter building codes and more education about the risks of living within the wildland-urban interface. According to a Colorado State University study, the size of America’s WUI expanded from 300,000 square kilometers in 1970 to 450,000 square kilometers in 2000. By 2030, researchers expect it will increase another 10 percent.

“Most wildland fire policies to date have focused on reducing wildfire risk by removing trees and forest fuels, but we need a paradigm shift,” said Tania Schoennagel, a wildfire expert at the University of Colorado–Boulder. “We need to start focusing on limiting residential development in fire-prone forests and working hard to create fire-resistant communities in the wildland-urban interface to minimize future losses.”