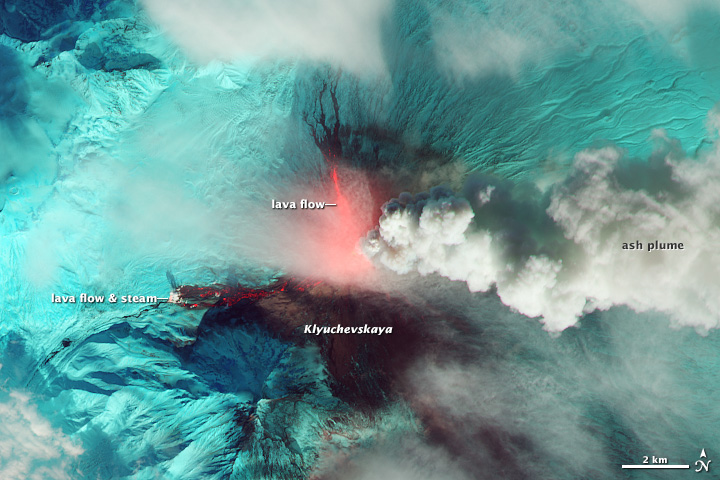 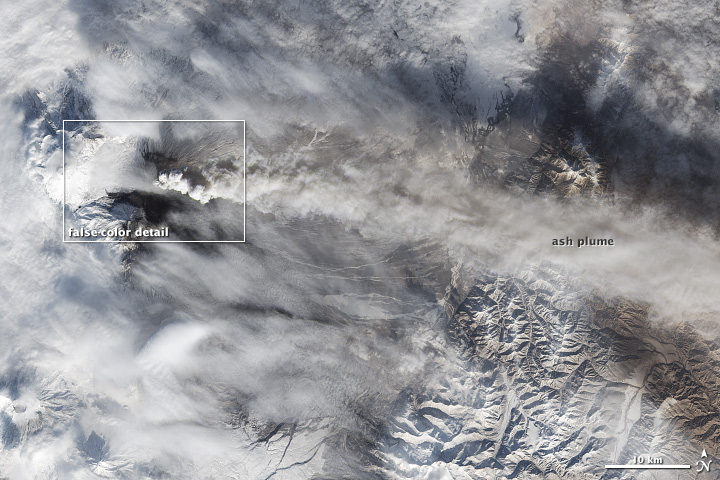 Klyuchevskaya has been erupting since August 15, 2013, though the intensity of activity surged in October. The Kamchatka Volcanic Eruption Response Team (KVERT) reported a thick plume of ash and steam streaming from the summit on October 11. Subsequent days brought explosive eruptions, lava fountains, and volcanic tremors. At times, the ash plume rose from the summit (elevation 5 kilometers, or 16,000 feet) up to 7.5 to 10 kilometers (24,000 to 32,000 feet).

When the Operational Land Imager (OLI) on Landsat 8 flew over in the afternoon on October 20, multiple lava flows streamed down Klyuchevskaya northern and western flanks. The top, false-color image above shows heat from the flows in shortwave-infrared, near-infrared, and green light. Ash, water clouds, and steam appear gray, while snow and ice are bright blue-green. Bare rock and fresh volcanic deposits are nearly black. In the wider natural-color (red, green, blue) image, snow and clouds are white, the ash plume is light gray, and forests (with trees tall enough to stand above the snow cover) are dark brown.