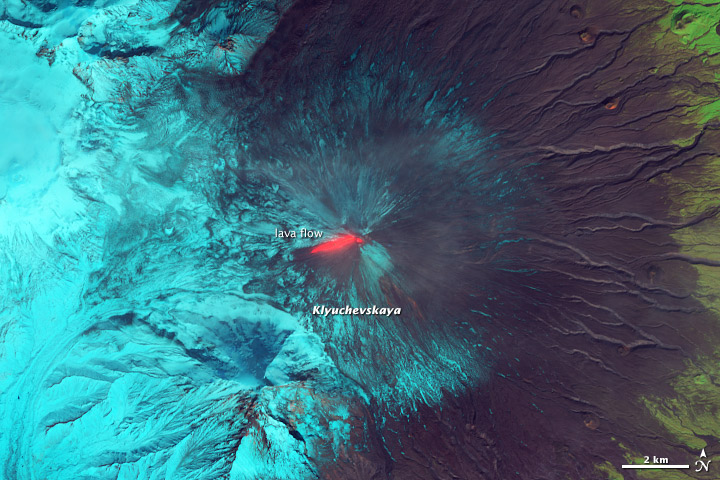 Lava and Snow on Klyuchevskaya Volcano

This false-color (shortwave infrared, near infrared, and green) satellite image reveals an active lava flow on the western slopes of Klyuchevskaya, one of several active volcanoes on the Kamchatka Peninsula in far eastern Russia. The lava flow itself is bright red. Snow on Klyuchevskaya and nearby mountains is cyan, while bare ground and volcanic debris is gray or brown. Vegetation is green. The image was collected by Landsat 8 on September 9, 2013.