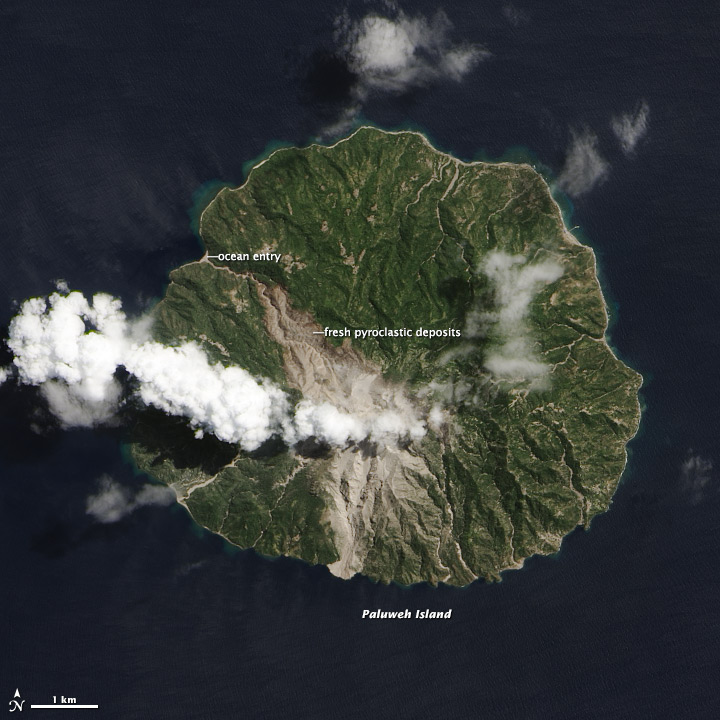 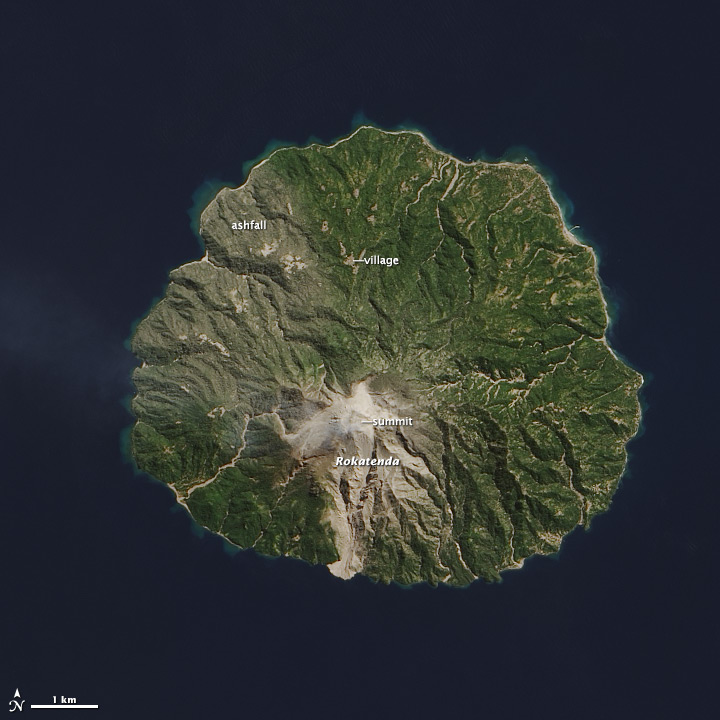 A fresh scar on the north side of Indonesia’s volcanic Paluweh Island is a harsh visual reminder of the unpredictability of volcanic eruptions. Since the current eruption of Paluweh (also known as Rokatenda or Palue) began in late 2012, debris and ash had mainly flowed south from the summit. On August 10, 2013, a small eruption deposited material to the north and killed five people.

A wide swath of gray and tan that narrows to the northwest shows the path of the deadly pyroclastic flow. (A pyroclastic flow is a fast-moving mix of extremely hot ash, gas, rocks, and volcanic debris.) As it descended from the 875–meter (2870–foot) summit of the volcano, the flow was funneled into existing stream channels. The flow entered the ocean along the northwest coastline, extending the beach by a few meters. In the aftermath, the government has stepped up efforts to evacuate Paluweh.

These natural-color satellite images collected by Landsat 8 show the effect of the eruption. The top image is from September 4, 2013, and the lower image is from August 3, shortly before the eruption. The summit was hidden by clouds on September 4, but visible on August 3. Also apparent on August 3 was a light coating of ash on vegetation on the northwest side of the island. Irregular gray patches in the deep green forests reveal villages along the shoreline and on the lower slopes of the volcano.