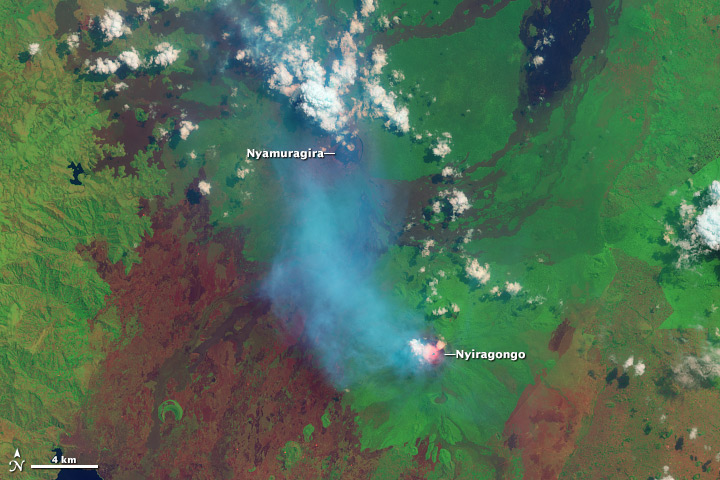 Volcanic plumes stream from Nyamuragira and Nyiragongo volcanoes in this false-color satellite image. The image—combining shortwave infrared, near infrared, and green light—was collected by Landsat 8 on July 29, 2013.

Located in the Democratic Republic of the Congo, near the border with Rwanda and Uganda, the volcanoes are among the most active on Earth. Nyiragongo features a persistent lava lake, revealed by the red glow of shortwave infrared* light. A translucent blue volcanic plume stretches north from Nyiragongo, partially shrouding Nyamuragira. The plume from Nyamuragira is dense and white, suggesting the presence of large amounts of water vapor. The landscape is a mixture of forest (bright green), cleared areas (red-brown), and old lava flows (various shades of black, brown, and green, depending on their age and the amount of vegetation growing on them).