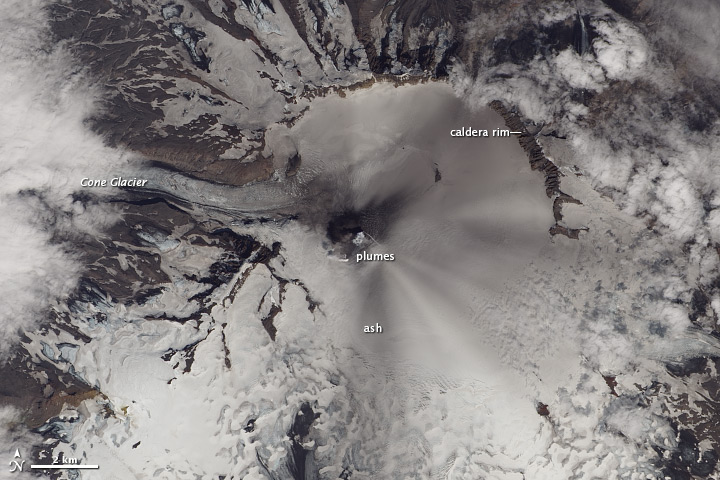 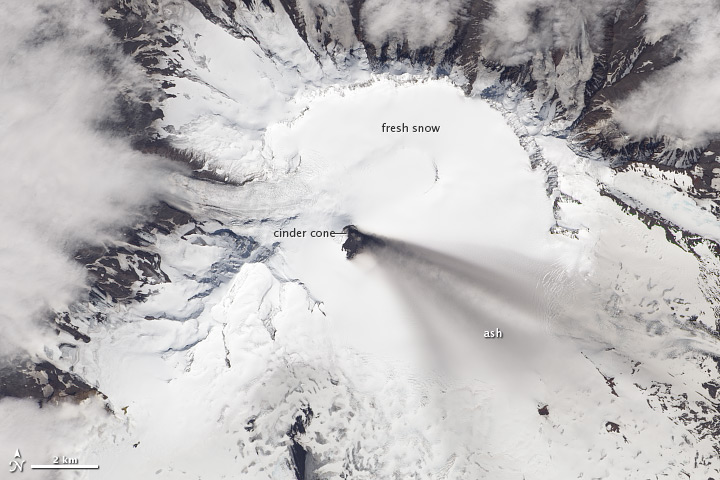 A month and a half of continuous eruption has left the caldera of Veniamanof Volcano—one of the largest on the Alaskan Peninsula—coated with ash. Variable winds carried ash away from the eruption vent, leaving a radial pattern of dark streaks across the ice-filled caldera and the surrounding glaciers and snowfields.

The natural-color Landsat 8 image of Veniamanof (top) was collected on July 25, 2013. At the time, three separate, small plumes—one ash-rich and two steam-rich—rose from a 300-meter (1,000-foot) high cinder cone near the western rim of the caldera and the aptly-named Cone Glacier.

Sixteen days earlier (lower image), much less ash was visible. It is likely that ash from earlier stages of the eruption was hidden by fresh snow. From July 9–25, much of the snow melted during the long summer days (probably accelerated by the presence of the ash), and additional ash accumulated as the eruption continued.