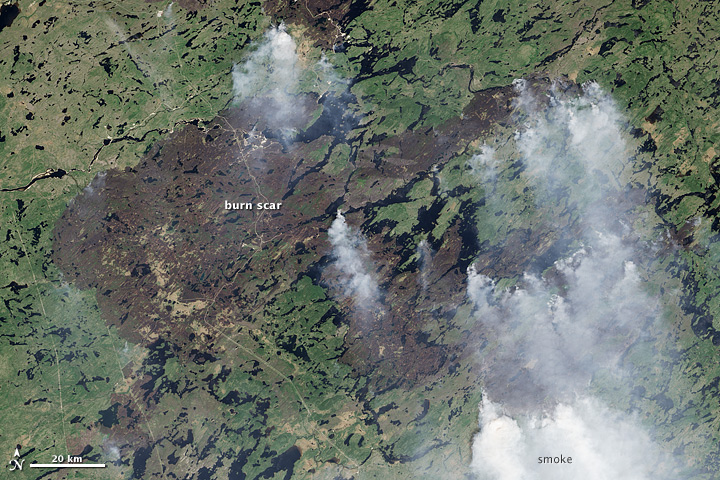 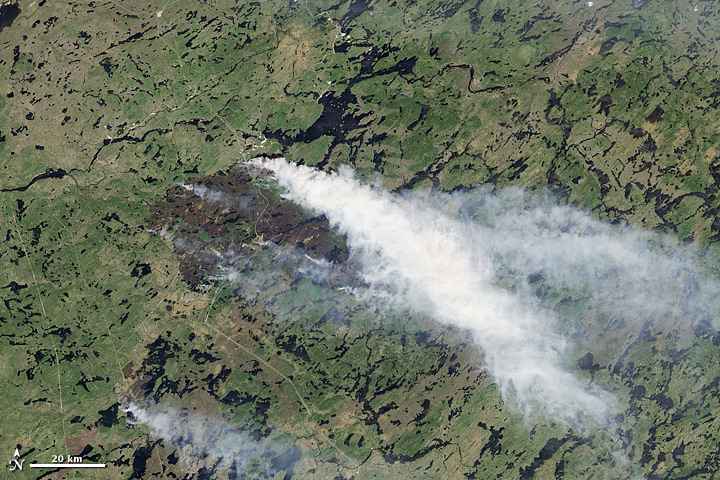 Since mid-June, numerous fires ignited by lightning have burned in western Quebec. The Operational Land Imager (OLI) on Landsat 8 acquired these images showing the expansion of one large fire between June 22 (bottom) and July 8 (top). Areas charred by the fire appear dark brown. Forested areas are green.

The fire is centered at 51.775° North latitude and 75.200° West longitude, a remote area east of James Bay. The area is dominated by boreal forests and lakes that formed as the Laurentide Ice Sheet retreated north thousands of years ago. These fires, along with others in the region, have produced large smoke plumes that have affected air quality in Canada and the United States. At times, winds have blown smoke across the Atlantic Ocean.

According to the Canadian Forest Service, the country has about 10 percent of the world’s forests. The total area burned varies widely from year to year, but averages about 2.3 million hectares annually. Each year over the last 25 years, about 8,300 forest fires have occurred.