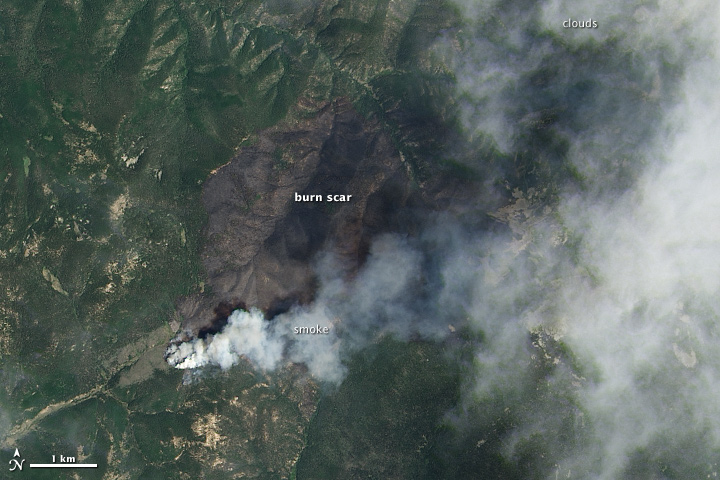 On June 22, 2013, the Operational Land Imager (OLI) on Landsat 8 captured this image of the Jaroso fire burning in northern New Mexico. Thick smoke billowed east from the southwestern corner of the fire’s burn scar. Lightning ignited the fire northeast of Santa Fe on June 10, 2013, and it had burned through nearly 4,500 acres (1,800 hectares) of conifer forests by June 24.