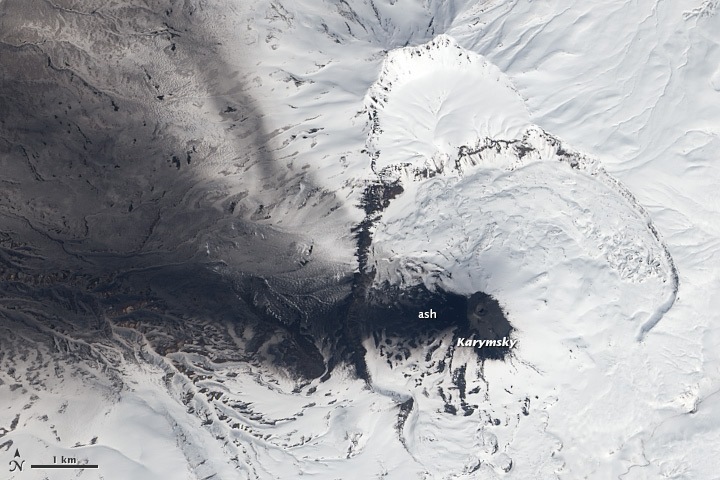 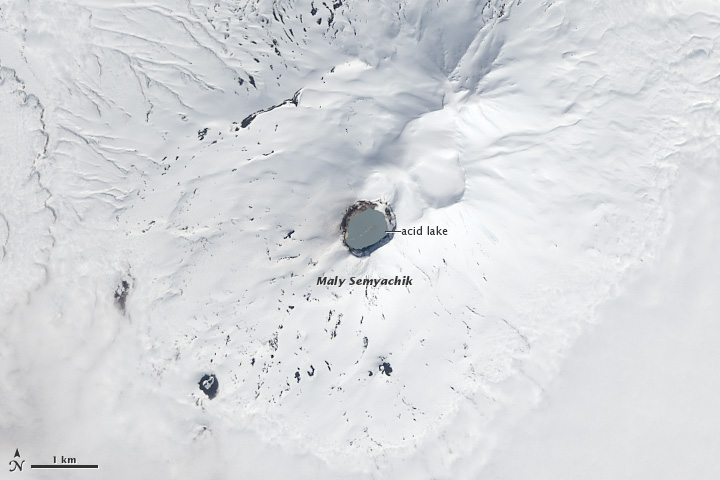 Ash covers the western slopes of Karymsky Volcano in this natural-color satellite image (top). The image was collected on May 20, 2013, by the Operational Land Imager (OLI) on Landsat 8. Late-season snow remained on the surrounding Kamchatkan landscape. Karymsky was active throughout most of the Twentieth and early Twenty-first centuries. In early 2013 the volcano experienced regular small earthquakes related to the movement of magma, heat at the summit, and occasional ash falls.

Although nearby Maly Semiachik erupts less frequently (perhaps once a century), its acidic summit lake is warm enough to remain snow-free.