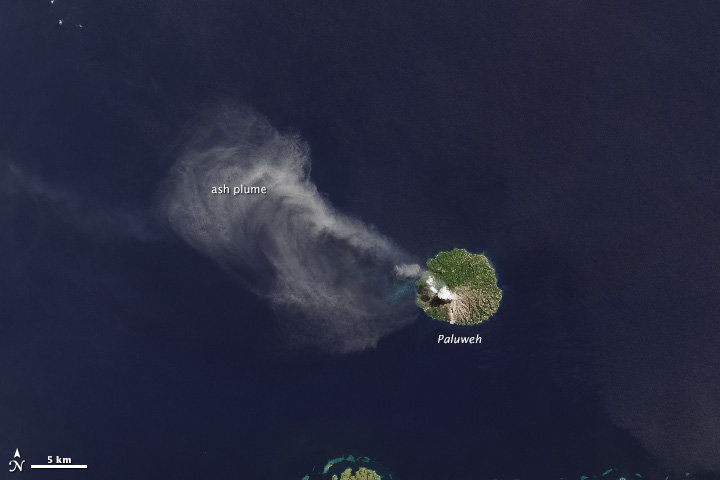 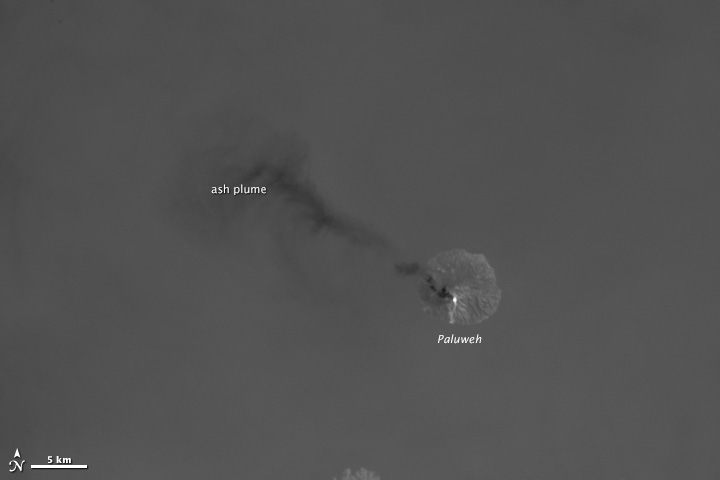 Observing the heat emanating from the five-mile-wide volcanic island, TIRS revealed a hot spot where lava was oozing near the top of the volcano. The sensor also showed the coolness of the ash relative to the warmth of the tropical ocean surface below, as the darker hue of the plume represents cooler temperatures.

To Betsy Forsbacka, the combination of the two LDCM instruments illustrates an insight first attributed to Aristotle: The whole is greater than the sum of its parts. “Each instrument by itself is magnificent,” said Forsbacka, TIRS instrument manager at NASA’s Goddard Space Flight Center. “When you put them together, with the clues that each give you about Earth’s surface, it’s greater than either could do by themselves.”

The LDCM team is excited about TIRS because it has ability to capture the sharp boundary between hot lava and cooler volcanic ash without the signal from the hot spot bleeding over into pixels of the cooler areas. TIRS engineers tested and refined the instrument before launch to ensure that each pixel correctly represents the heat source it images. Otherwise, Forsbacka said, looking at hot spots would be like shining a flashlight in your eyes; the bright light makes you see spots and halos where it should be dark. The same effect can occur with satellite detectors.

TIRS also can detect subtle shifts in temperature—within a tenth of a degree Celsius. With two different thermal bands (instead of one, like previous Landsat sensors), LDCM should make it easier for scientists to get a more accurate temperature of Earth’s surface. Observing land surface temperatures from space can be difficult because moisture and particles in the atmosphere can slightly alter thermal signals. With TIRS, the atmosphere affects each thermal band slightly differently, resulting in one thermal image that’s a hair darker than the other. By measuring that difference and plugging it into image-analysis algorithms, scientists can better address atmospheric effects and create a more accurate temperature record of the Earth’s surface.

Images by Robert Simmon, using data from the U.S. Geological Survey and NASA. Caption by Kate Ramsayer and Mike Carlowicz.