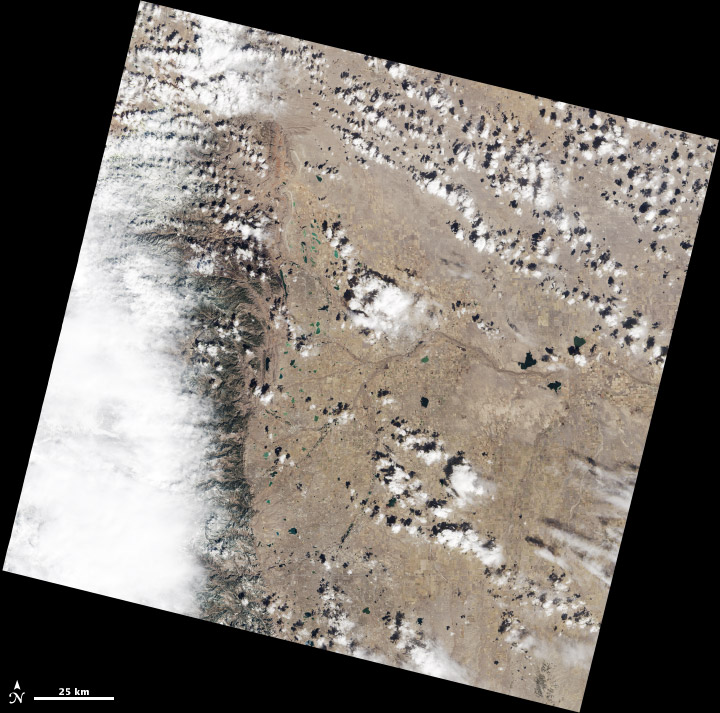 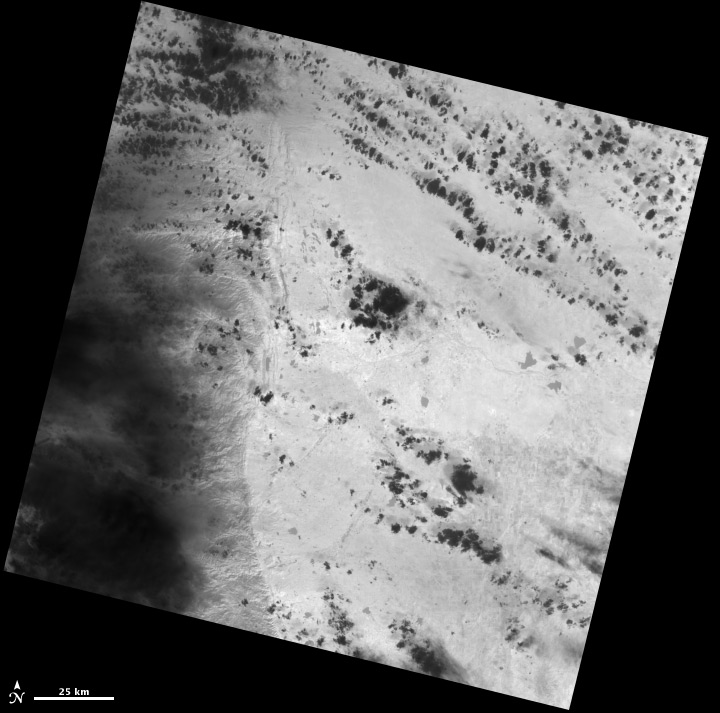 Above (and linked below) is a natural color Landsat scene showing where the Great Plains meets the Front Range of the Rocky Mountains in Wyoming and Colorado. LDCM captured the image on March 18, 2013, the first day that the Operational Land Imager (OLI) observed the Earth from space. The image was created using data from OLI spectral bands 2 (blue), 3 (green), and 4 (red), and emulates the colors that the human eye would see from space. This scene is slightly offset from the standard Path 33, Row 32 Landsat scene, as LDCM has not yet reached its 438 mile (705 kilometer) operational orbit.

Below you will also find links to black-and-white Landsat scenes created with data from the first Thermal Infrared Sensor (TIRS); the scenes were collected at the same time as the OLI data. In the TIRS data, warmer surfaces appear light gray to white, while cooler areas appear dark gray to black. Clouds, for instance, appear black against the background of the warmer land surface. When the satellite begins normal operations later in 2013, data products will contain co-registered (simultaneous) data for all of the OLI and TIRS scenes.