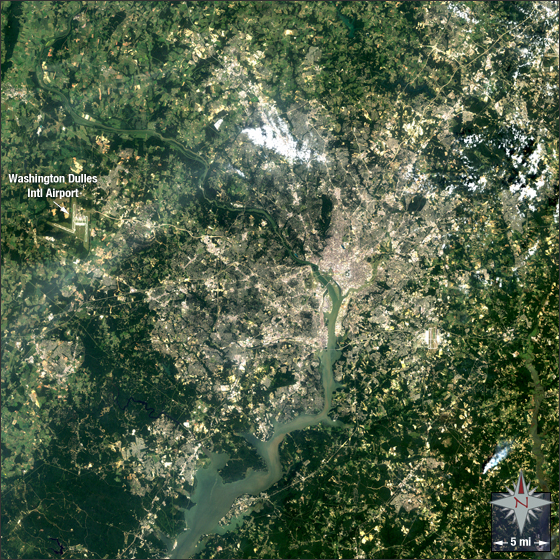 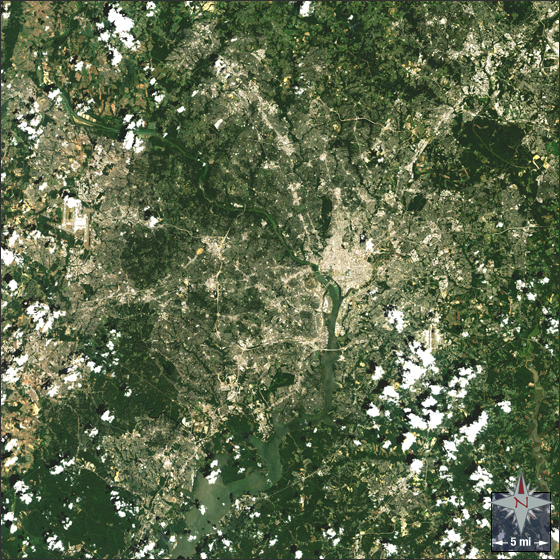 Change happens everywhere, including Washington D.C. Can you think of changes you've seen in the region? Landsat allows us to look back in time to objectively track change. The Landsat 5 satellite captured this view of Washington D.C. in 1984. Did your neighborhood exist in 1984?

Since 1984, the Washington D.C. region has grown dramatically. This image, taken by Landsat 5 in 2011, shows that greatest growth occured outside of the city, particularly in the west near Dulles International Airport. Densely built areas, which are bright tan, and darker tan residential ares replaced the dark green forest and lighter green fields that surrounded the airport in 1984.

In these images Washington D.C. appears grey. Vegetation is green, clouds are white, water is blue and bare ground is tan.