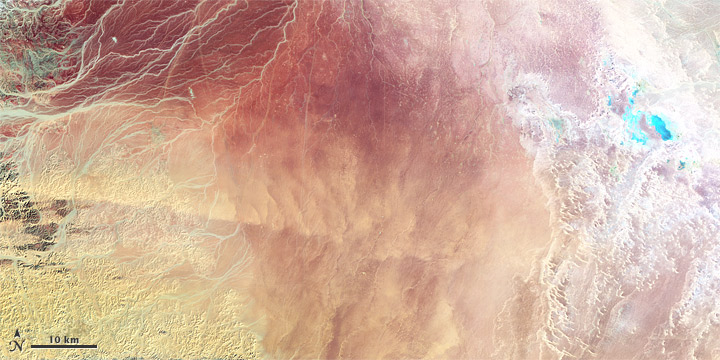 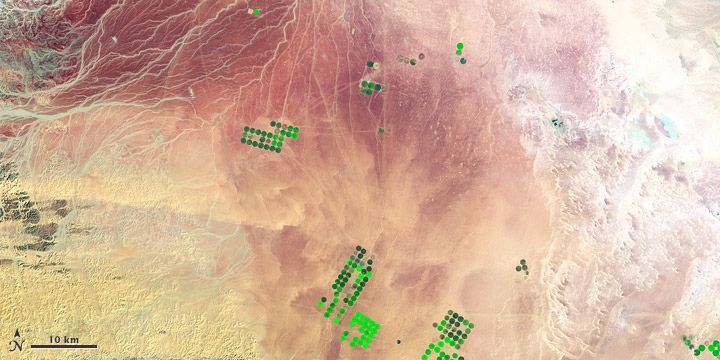 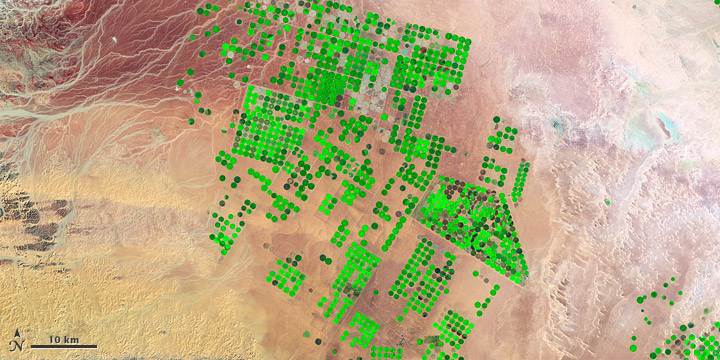 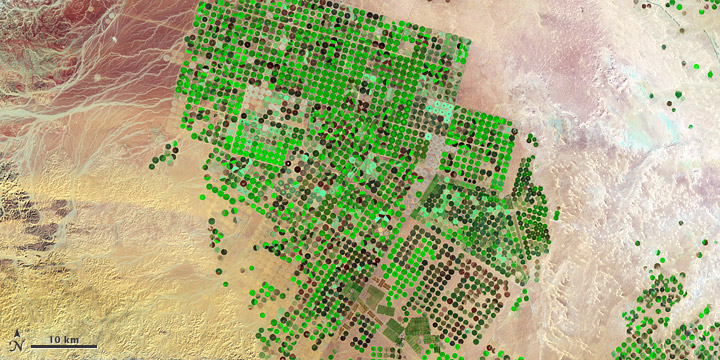 Crop Circles in the Desert

Over the past three decades, Saudi Arabia has been drilling for a resource more precious than oil. Engineers and farmers have tapped hidden reserves of water to grow grains, fruits, and vegetables in the desert.

The series of false-color images above show the evolution of agricultural operations in the Wadi As-Sirhan Basin, as viewed by satellites in 1987, 1991, 2000, and 2012. The images were captured by similar sensors—the Thematic Mapper and Enhanced Thematic Mapper Plus—on three different Landsat satellites (4, 5, and 7). For scale, the agricultural fields in the images are about one kilometer (0.62 miles) across and use center-pivot irrigation.

The Landsat sensors detected light reflecting off the Earth in the short wave-infrared, near-infrared, and green portions of the electromagnetic spectrum. With this combination of wavelengths, new vegetation appears bright green while dry vegetation or fallow fields appear rust colored. Dry, barren surfaces (mostly desert) are pink and yellow.

The thirsty plants that rise out of the Arabian desert are quenched by water that dates back to the last Ice Age. In a more temperate past about 20,000 years ago, this “fossil” water filled aquifers that are now buried deep under the sand seas and limestone formations.

Saudi Arabians have reached this underground water source by drilling wells through sedimentary rock, as much as a kilometer beneath the desert sands. Although no one knows how much water lies beneath the desert—estimates range from 252 to 870 cubic kilometers—hydrologists believe it will only be economical to pump it for about 50 years.