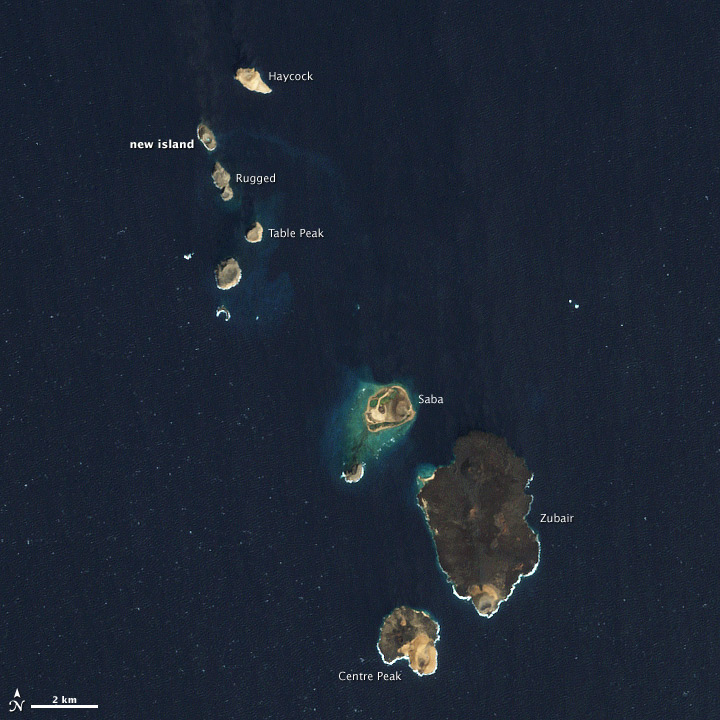 Volcanic Activity in the Red Sea

Volcanic activity in the Zubair Island Group appears to have ceased. On December 19, 2011, satellites detected sulfur dioxide and a small volcanic plume in the area, and by December 23 a new island had formed in the Red Sea. The island continued to grow in early January, but stopped by January 15th.

This natural-color image from the Enhanced Thematic Mapper Plus (ETM+) on Landsat-7 shows the entire island group on February 15, 2012. The islands are about 60 kilometers (40 miles) off the coast of Yemen.