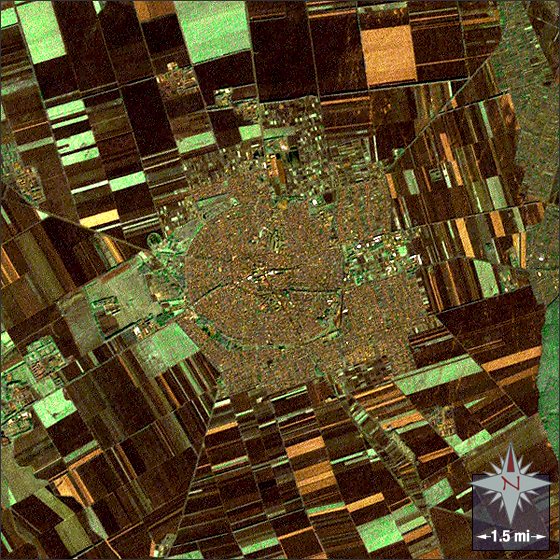 In this image HajdÃºbÃ¶szÃ¶rmÃ©ny is the swirl of brown, green and white in the center. Vegetation is green and fields are brown and tan.

This Landsat 7 image was acquired August 30, 2000. It is a true color pan-sharpened image using ETM+ bands 3, 2, 1 and the panchromatic band. The addition of the panchromatic band sharpens the spatial resolution of the image (to 15m/pixel), but can effect the color quality; notice that the greens looks somewhat â€œmintyâ€ and the city appears more â€œbrownâ€ than it would without the pan-sharpening process. HajdÃºbÃ¶szÃ¶rmÃ©ny falls on Landsat WRS-2 Path 186 Row 27.