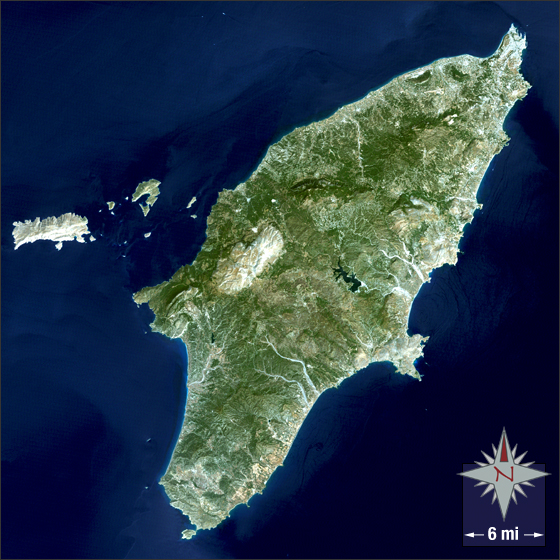 Rhodes is the largest of Greece’s Dodecanese islands, located in the Eastern Aegean Sea. Approximately 117,000 people live on Rhodes, making it the most populous Dodecanese island. The Colossus of Rhodes, one of the Seven Wonders of the Ancient World, stood at the ancient harbor entrance to the city of Rhodes at the island’s northernmost tip.

In this image vegetation is green, bare ground is tan and water ranges from blue to dark blue.