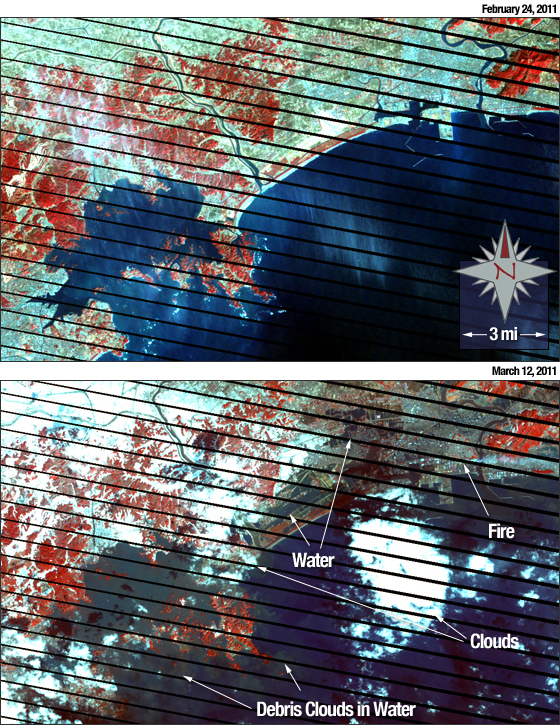 A magnitude 8.9 earthquake off the coast of Sendai, Japan struck on March 11, 2011 and triggered a massive tsunami. The tsunami’s waves reportedly reached heights of up to 13.5 feet. This caused flooding and mass destruction in the city of Sendai.

In this image Sendai (blue, green, and grey) is shown before the tsunami (on February24, 2011; top) and after (on March 12, 2011; bottom). Debris in the water can be seen as a cloudy blue brown color. Water is blue, clouds are white and vegetation is red.

These Landsat 7 false color images were created using ETM+ bands 4, 3, and 2. They were acquired on February 24, 2011 and March 12, 2011. These images fall on Landsat WRS-2 Path 107 Row 33. These Landsat images are among the data resources available to disaster management teams from the USGS Hazard Data Distribution System.