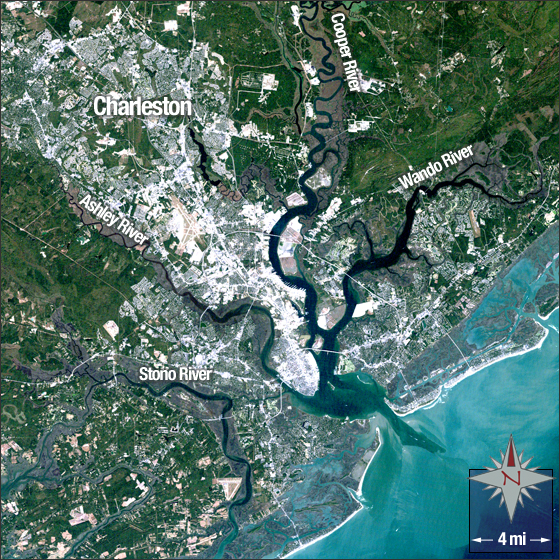 Charleston, South Carolina is a historical city located on the state’s southeastern coast. English settlers established Charleston in 1670 under the leadership of William Sayle. It was originally named Charles Towne after England’s King Charles II. Today it is the second most populated city in South Carolina with a population of 124,593.

In this image Charleston is white and gray, vegetation is green, water is blue and marshy areas are a brownish purple.