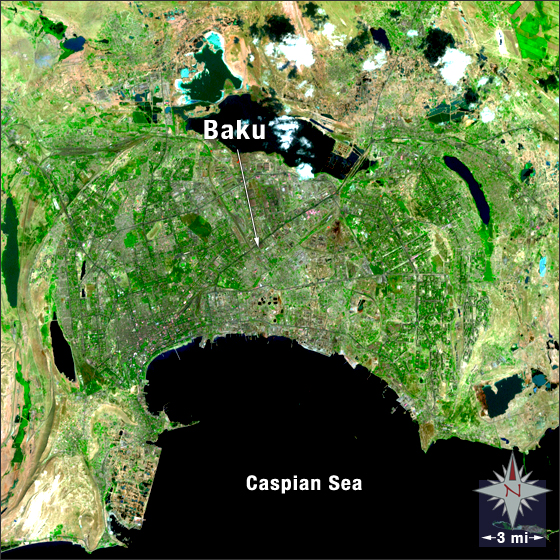 Baku is the capital, largest city, and largest port of Azerbaijan. The city is found on the Caspian Sea at the southern end of the Absheron Peninsula. Baku has a population estimated to be just over two million.

In this image the city is gray, vegetation is green, water is black and blue, and clouds are white.