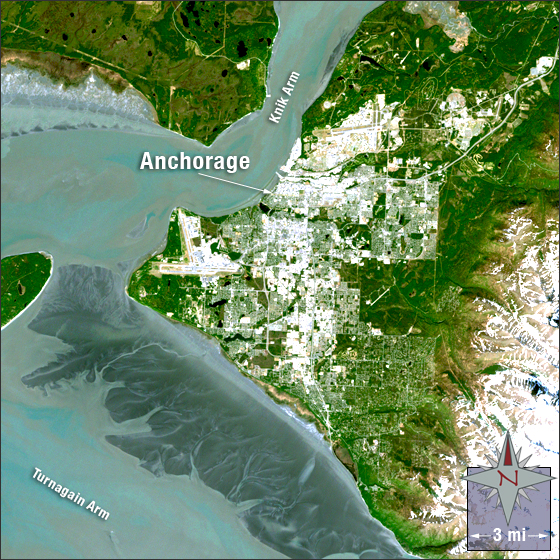 Anchorage, Alaska started out in 1914 as a port for the railroad construction of the Alaska Railroad and officially became a city in 1920. Today it is the largest city in the state of Alaska with more than 40 percent of the state’s population. It is the northernmost major city in the United States. It is located in South Central Alaska. The Knik Arm fjord lies to the north and west of the city and to the south is a fjord known as the Turnagain Arm.

In this image Anchorage is white and grey, vegetation is green, water is cyan and a dark purple/grey, bare ground is brown and snow is white.